Sneak peek at RISE West 2021: 5 hot topics on the agenda at this year’s hybrid event

RISE West 2021 will bring together senior leaders from Medicare Advantage health plans, commercial marketplace sponsors, Part D health plans, providers groups, pharmacy benefit managers, and accountable care organizations to discuss the hot topics facing the industry. We talked to four of the 50 speakers about their sessions to learn what attendees can expect at this year’s hybrid event, which will take place live in Colorado Springs and virtually via livestream August 30-September 2.

One of the highlights of RISE West each year is an industry roundtable discussion on the current administration’s priorities and what proposed and final policies will mean for Medicare Advantage, Medicaid, and the Affordable Care Act marketplace. 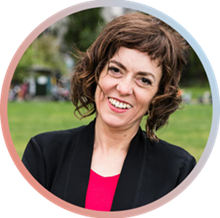 Mary A. Inman, a partner in the whistleblower practice group at Constantine Cannon, will offer lessons learned from five whistleblower-initiated False Claims Act cases that her firm has handled, two of which have settled successfully and three of which are currently being litigated. The United States government has opted to join all five cases.

“Our firm has the distinction of representing the whistleblowers behind the Government’s most significant risk adjustment cases against major players in the Medicare Advantage industry. Our 13-plus years of experience working on these cases has given us an unparalleled depth of knowledge of risk adjustment fraud and its many permutations and we are keen to share the learning that these cases have generated thus far,” she said.

Here’s a look at some of the case examples Inman will discuss: 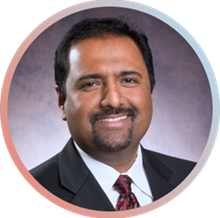 “I believe that part of the reason why health care is the way it is today is because traditionally the payer world and the provider world have not effectively collaborated,” said Jacob, who will sit on the RISE West panel, Payer Experiences in Provider Engagement–What Works and What Doesn’t, a session offered to both in-person and virtual attendees on Wednesday, Sept. 1

The panel discussion is one of several sessions that RISE West 2021 will devote to provider engagement. The topic will be addressed during a half-day in-person preconference workshop on Tuesday, Aug. 31 as well as the provider engagement track on Wednesday, Sept. 1.

“As the industry continues to move toward value-based care, which I firmly believe is how we are going to be able to transform to an outcome-based system, I think most groups realize the importance of collaboration in reducing cost and improving quality,” he said.

Collaboration means listening to one another, finding common ground, and working toward meeting somewhere in the middle, according to Jacob. That requires going to the basics–that is, understanding what both groups mean when they refer to a “provider,” said Jacob, who worked on the provider side of the business for years before joining Blue Cross and Blue Shield of Illinois two and a half years ago.

Jacob and the other panelists will share strategies that have worked for them—and what hasn’t—during the conference session. But Jacob said one tactic he is sure doesn’t work is a “one-size-fits-all approach.”

“Provider organizations are all different. You’ve got large integrated health systems that have high complexity, and we also have small, independent provider groups. That right there is something we need to be cognizant of. Within each provider entity, there are different stakeholders that we need to communicate with differently,” he said, adding that it’s important not to ignore those nuances.

Read the full interview with Jacob’s insights into payer-provider engagement and collaboration. 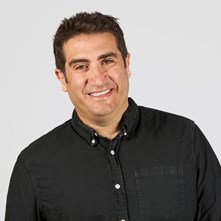 While many providers had to quickly pivot and embrace telehealth when COVID-19 prevented most in-person encounters, it was business as usual for Andy Ellner, M.D., and the virtual care team at Firefly Health.

Firefly Health, which Ellner cofounded in 2016, is a virtual primary care service based in Watertown, Mass. that provides members with a designated care team who offer continuous, evidence-based virtual coaching and support. The virtual team includes a physician, nurse practitioner, a health guide or coach, and a licensed therapist who are accessible 24/7. Their mission: to deliver health care at half the price but that is twice as good clinically and emotionally.

“That ongoing relationship affords us the opportunity to really be helpful and connected when someone gets really sick and that’s where cost in traditional models of care starts to accrue because people bounce around to different specialists, hospitals, and emergency rooms. We are able to stay connected to folks and pull specialists in when needed to ensure care is coordinated and everything is followed up on,” said Ellner, who will be a panelist at RISE West’s track session on current and future telehealth efforts.

Firefly’s results have been significant. “Right now, we are seeing in the range of 20 to 30 percent lower total expenditure on health care in the members we serve,” said Ellner. Members are also extremely satisfied. The organization boasts an average net promoter score in the 80s, a figure that surpasses Apple and Netflix. Most health care clinics and health plans’ net promoter scores are “in the zeros or 10s,” he said. In addition, the chronic condition outcomes of members with hypertension and diabetes being under control is about 20 percentage points higher than the commercial average, according to Ellner.

Ellner believes the future of health care is in primary care-driven models that have a holistic, integrated approach. “I’d really encourage investment in approaches built around primary care and serving patients and families in their communities, rather than a large hospital-dominated systems. I think that’s where the future is and investing in types of infrastructure such as payment models that support this kind of innovation is going to be critical for plans that want to stay on the cutting edge.”

Read the full interview with Ellner’s insights about the future of telehealth. 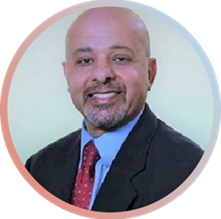 he first day of the main conference will feature a closing panel discussion on the impact of SDoH and actionable solutions.

RELATED: The National Summit on Social Determinants of Health: Jacob Reider, M.D., on the progress made so far with social determinants and what to expect in 2020

The complete answer for how we address the issue is not clear yet,” he said. However, Sweha said that the medical group has determined three components that are essential to addressing SDoH. Stakeholders must:

Sweha said that during the panel discussion he will provide examples of some successes the medical group has had with connecting patients to resources and the value of the community health advocates. But he will also talk about limitations in operations and how to mitigate them. Sweha said he is looking forward to hearing from the other panelists about their experiences as well as what other attendees have learned.

His message to those at the beginning of their SDoH journey: “Don’t be disappointed if you are not there yet or aren’t seeing significant outcomes yet. There is a lot of learning as we go,” he said.

RISE West 2021 will take place live in Colorado Springs and virtually via livestream August 30-September 2. To learn more, here are the links to the full agenda, list of speakers, and registration information.