The Senate voted 55-44 on Tuesday to confirm President Joe Biden’s nominee to oversee the Centers for Medicare & Medicaid Services (CMS). 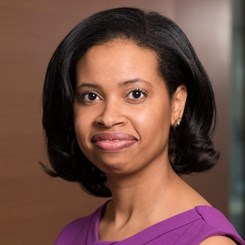 Chiquita Brooks-LaSure, who played a key role in guiding the Affordable Care Act through passage and implementation for the Obama administration, will serve as the new head of CMS.

Brooks-LaSure is the first Black administrator confirmed to lead the agency. She most recently served as the managing director of Manatt Health but previously worked as deputy director of policy at the Center for Consumer Information and Insurance Oversight within CMS and was the director of coverage policy at the Department of Health & Human Services.

During the Senate Finance Committee hearing to consider her nomination in April, Brooks-LaSure said that if she was confirmed, she would take a “collaborative, common-sense, results-oriented philosophy” to address the complex challenges the agency faces, including the need to get COVID-19 under control, improve health care quality, lower costs, promote health equity and better access to care, and address Medicare solvency.

Political observers initially thought Brooks-LaSure would easily sail through the confirmation process, but GOP Senator John Cornyn from Texas delayed the Finance Committee and Senate floor votes needed for her confirmation by placing a hold on her nomination due to Biden’s decision to rescind Texas’ Medicaid waiver, which would have extended the state’s Medicaid plan for another 10 years. The waiver had been approved by the Trump administration in January.

Matt Eyles, president and CEO of America’s Health Insurance Plans (AHIP), congratulated Brooks-LaSure on her historic confirmation. He described her in a statement as “passionately committed to improving health equity in our nation’s health care system and has worked tirelessly to expand coverage to uninsured Americans by building on what we have through the Affordable Care Act (ACA).

“We look forward to working with Administrator Brooks-LaSure to strengthen and improve Medicare, Medicaid, and ACA marketplace coverage for the millions of seniors, children, veterans, disabled, low-income adults, and other Americans these vital programs serve,” he said.