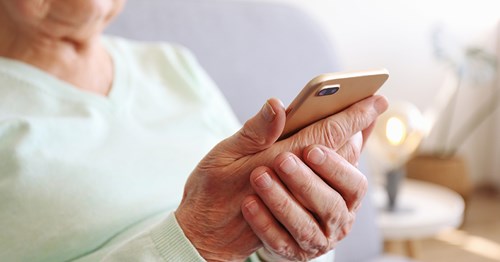 Study: Many seniors unaware of the differences between MA and original Medicare

A recent study conducted by GoHealth finds that many older Americans lack knowledge and awareness of the Medicare options available to them.

The findings are based on 2,000 online interviews conducted January 21-26 among 1,000 Medicare Advantage (MA) beneficiaries and 1,000 original Medicare beneficiaries.

The survey found that among respondents enrolled in original Medicare, 30 percent were not familiar with MA.  Furthermore:

“Such misconceptions can be harmful if they cause a person not to seek out the coverage and care they need,” Paul Hain, M.D., chief medical officer, GoHealth, said in the study announcement. “It’s clear that while Medicare Advantage enrollment is growing each year, there’s still a sizable gap in what the average American knows about it. That also extends to those in original Medicare who don’t know they may have better options available.”

New research published this week in Morbidity and Mortality Weekly Report look at trends in racial and ethnic disparities in COVID-19 hospitalizations and emergency department visits in 2020.

The first study found that within each U.S census region, the proportion of hospitalized patients with COVID-19 was highest for Hispanic or Latino patients. Racial and ethnic disparities were largest during May-July 2020 but decreased as the pandemic spread throughout the country. However, researchers said that disparities remained in December 2020 in all regions. The factors driving the hospitalizations were a higher risk of exposure to the virus and a higher risk for severe illness among racial and ethnic minority groups, both of which are influenced by social determinants of health.

The second study looked at data from COVID-19-related emergency department visits in 13 states. Researchers found that compared to White patients, Hispanic and American Indian or Alaska Native persons were 1.7 times more likely to go to the emergency department for COVID-19 care during October-December 2020. Black patients were 1.4 times more likely. Study authors note that the disparities are due to long-standing, systemic inequities that affect their health, such as limited access to quality health care, lower general health status and access to quality education, and disproportionate representation in essential jobs with less flexibility to work from home or take medical leave.

Researchers said to address the drivers of these disparities, it is important to prioritize prevention resources, management of underlying health conditions, safe school and work conditions, flexible leave policies, and enhanced access to and acceptability of COVID-19 testing and vaccinations.

Traditional Medicare spending dropped sharply during the first few months of the COVID-19 pandemic, then returned to— but did not surpass —prepandemic levels, according to a new Commonwealth Fund report.

Researchers at the Commonwealth Fund and CareJourney, a health care analytics company, analyzed changes in monthly spending by the traditional Medicare program (not including Medicare Advantage) between January and October 2020.

The analysis found that traditional Medicare spending was lower on average in 2020 than in 2019 across all age groups, with larger declines among white people compared with people of color and those not eligible for Medicaid.

Researchers said that the information may help determine which health care services were skipped during early 2020 and the effects of missed services on health outcomes.

The Senate Finance Committee held a full committee hearing on Thursday to consider the nomination of Chiquita Brooks-LaSure as administrator of the Centers for Medicare & Medicaid Services (CMS). President Joe Biden nominated her to become the CMS administrator in February.

In her opening statement to the committee, Brooks-LaSure said that if she is confirmed, she will take a “collaborative, common-sense, results-oriented philosophy” to address the complex challenges the agency faces, including the need to get COVID-19 under control, improve health care quality, lower costs, promote health equity and better access to care, and address Medicare solvency.