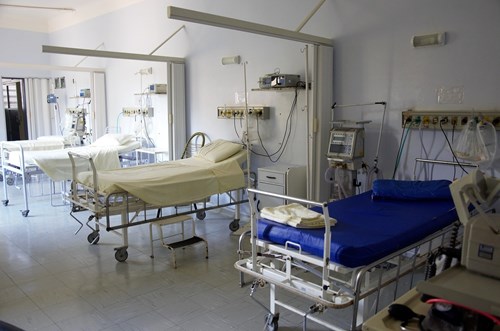 Pairing hospital patients with community health workers (CHWs) can reduce preventable hospital readmissions, particularly when patients are discharged to short-term rehabilitation rather than sent directly home, according to a recent study published by JAMA Network Open.

The study, which included 550 patients hospitalized between April 2017 through March 2019, aimed to explore whether the interventions of CHWs with inpatient adults insured by accountable care organizations (ACOs) would lower 30-day hospital readmissions. Patients involved in the study were hospitalized an average of three times in the 12 months leading up to the clinical trial.

“As US health care organizations continue to adopt ACO models with the goal of achieving higher quality care at lower costs, policies supporting insurance-based reimbursement for CHW care and investment in comprehensive training and integration of CHWs as valued members of patient care teams will continue to be critical,” wrote study authors.

The Lown Institute Hospitals Index released Tuesday the first ranking to examine racial inclusivity among 3,200 U.S. hospitals. A key finding: Some of the most and least racially inclusive hospitals are in the same neighborhood.

To analyze how each hospital served people of color in their community, the Lown Institute, a health care think tank, used Medicare claims from 2018 as well as the U.S. Census Bureau’s American Community Survey from 2018. Each hospital was assigned a racial inclusivity score based on the demographics of the hospital’s community compared to their patient population.

Other takeaways from the report include:

“The difference between the most and least inclusive hospitals is stark, especially when they are blocks away from each other,” said Vikas Saini, M.D., president of the Lown Institute, in an announcement about the rankings. “As the nation reckons with racial injustice, we cannot overlook our health system. Hospital leaders have a responsibility to better serve people of color and create a more equitable future.”

Massachusetts is the healthiest state in the country, according to Sharecare’s Community Well-Being Index released this week. The 2020 State Ranking Report marks the first #1 ranking for Massachusetts. Hawaii, which ranked #2 in 2020, previously held the top ranking for years. Other top-ranking states include New Jersey, Maryland, and New York. For the second year in a row, Mississippi has ranked last. Other states ranked at the bottom of the list are Arkansas, New Mexico, West Virginia, and Kentucky.

Using over 450,000 surveys collected in 2020 and a study of more than 600 elements of SDoH, the Community Well-Being Index assessed health risks across 10 key areas within individual well-being and SDoH:

Trends identified in 2020 across the country include a national decline in financial well-being, national resilience in the physical well-being domain, and improvements across community, purpose, and social well-being.