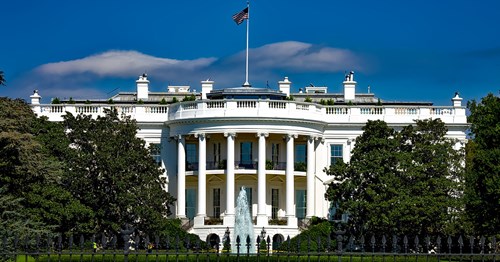 The White House administration on Thursday revealed its pared-down spending package will no longer include Medicare coverage for dental and vision benefits.

The original plan called for the spending of $3.5 trillion to expand the social safety net under the Build Back Better Act and included adding vision, dental, and hearing benefits to traditional Medicare. But conversative Democrats objected to the huge cost and to certain provisions, which forced Democratic leaders to dramatically scale back the package. The current proposal will include adding hearing aids and hearing checkups to traditional Medicare.

“Only 30 percent of seniors over the age of 70 who could benefit from hearing aids have ever used them,” the White House said in a statement. “The Build Back Better framework will expand Medicare to cover hearing services, so that older Americans can access the affordable care they need.”

The Department of Health and Human Services (HHS) on Friday proposed to withdraw or repeal the controversial final rule, “Securing Updated and Necessary Statutory Evaluations Timely,” more commonly known as the SUNSET final rule, which was published in the Federal Register the day before President Biden’s inauguration.

The rule was proposed by the Trump administration the day after the November election and would add automatic expiration dates to more than 18,000 regulations issued by HHS and its sub-agencies, including the Centers for Medicare & Medicaid Services and the Food and Drug Administration starting in five years unless the agency conducts an intensive review of each regulation.

The final rule was originally scheduled to take effect on March 22 but was delayed for a year after a lawsuit was filed seeking to overturn it. HHS now wants to repeal the final rule in its entirety.

“Based on a reanalysis of the regulatory impact of the rule, we now believe that the rule rested on a flawed understanding of the resources required for this undertaking, which implicates the likelihood that HHS regulations would expire if the final rule were to go into effect,” HHS said in the proposal, which was published in the Federal Register on Friday. “That in turn will require the Department to make resource allocation decisions which could impede the Department's routine operations and hamper its ability to carry out other key priorities and goals, particularly during an ongoing public health emergency.”

Comments on the proposal will be accepted through Dec. 28.