The financial outlook for the Hospital Insurance Trust Fund, or Medicare Part A, has improved slightly compared to last year. But uncertainty over COVID-19 and the economy could change projections again. 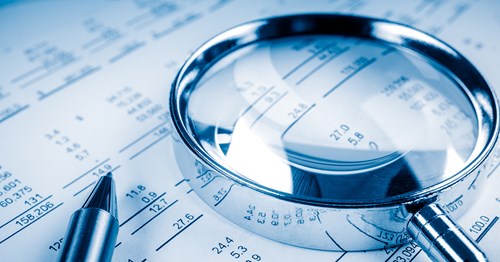 A stronger and faster than expected recovery from the 2020 recession and the COVID-19 pandemic has led trustees of the Medicare trust funds to reevaluate when Medicare Part A will run out of money.

Once the fund’s reserves are depleted, the program will be able to pay 90 percent of total scheduled benefits.

The Supplementary Medical Insurance Trust Fund, which covers Medicare Part B (physician visits and outpatient hospital services) and Part D (subsidized access to voluntary drug insurance), has enough funds because income from premiums and general revenue are reset each year to cover expected costs. However, trustees said that future financing would have to increase faster than the economy to cover expected growth in spending.

RELATED: Medicare Part B premiums will likely drop—but not until 2023

Trustees have warned about the financial health of Medicare Part A for nearly two decades. The cost of the Medicare program is projected to grow faster than the gross domestic product (GDP) through the mid-2030s due to the rapid aging of the U.S. population. Furthermore, Medicare costs will continue to grow faster than the GDP through the late 2070s due to projected increases in the volume and intensity of the services provided.

This year’s report detailed the impact of COVID on the Medicare program beginning in 2020. The funds were hit hard because payroll taxes used to cover Medicare Part A were less than expected due to the economic effects of the pandemic on the labor market and the money was used to cover testing and treatment of the disease. In addition, the federal government implemented several regulatory policies and legislative provisions during the public health emergency that increased spending. However, spending for non-COVID care dropped significantly during this time, which offset the additional costs. Indeed, spending for services other than COVID-19 were lower than expected in 2020 and 2021, trustees said.

Non-COVID related spending will likely be lower than previously expected for the beginning of 2022 due to the large wave of COVID-19 cases in late 2021 through early 2022. Trustees expect that those costs will return in the later part of 2022 and 2023 when seniors seek treatment for conditions they postponed during the pandemic. The deferred care will likely be more intensive and expensive.

The trustees expect health care spending patterns will return to pre-pandemic levels in 2024. However, they acknowledged that there is still uncertainty over COVID-related impacts and future projections could change significantly as more information becomes available. Indeed, the assumptions for the current report were made in mid-February. Since then, there have been developments that have led to uncertainty over the path of the pandemic and the economy.

Despite the slightly improved financial outlook for Medicare Part A, trustees said Congress needs to act now to address the substantial financial shortfall in the long-term.

Chiquita Brooks-LaSure, administrator of the Centers for Medicare & Medicaid Services, said in a statement that the administration is committed to running a sustainable Medicare program. “Medicare trust fund solvency is an incredibly important, longstanding issue and we are committed to working with Congress to continue building a vibrant, equitable, and sustainable Medicare program,” she said.

For more information, click here to read the full trustees report and here for a Treasury fact sheet.