RISE looks at the latest headlines involving Medicare Advantage (MA), including a new poll rating beneficiaries’ satisfaction and a Kaiser Family Foundation analysis on the number of people who switch plans during Medicare’s open enrollment period.

A new poll conducted by Morning Consult and commissioned by the advocacy group, Better Medicare Alliance, finds that 94 percent of the of 2,000 beneficiaries surveyed said they were satisfied with their MA coverage besting previous totals of 92 percent. In addition, 62 percent of the seniors called MA a “better choice” compared to traditional Medicare.

“The latest findings in our poll underscore the value that MA plans continue to provide,” said Allyson Y. Schwartz, president and CEO of the Better Medicare Alliance, an advocacy group of more than 400,000 beneficiaries and 140 ally organizations that support MA, in an announcement. “With half of Medicare Advantage beneficiaries enrolled in $0 premium plans and 97 percent having access to dental, vision, hearing, or fitness benefits unavailable in traditional Medicare, it is clear seniors are responding to MA’s ability to deliver better coverage at a lower cost.” 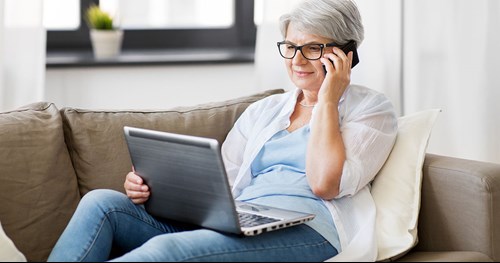 A new Kaiser Family Foundation report examined the number of people enrolled in MA prescription drug plans (MA-PDs) and PDPs who switched plans for the following year during open enrollment periods between 2007 and 2016, the most current year available for analysis of Medicare private plan switching rates. The report is based on a five percent sample of beneficiaries during the nine-year period and a 20 percent sample for 2017 from the Master Beneficiary Summary File of the Centers for Medicare & Medicaid Services (CMS) Chronic Conditions Data Warehouse. The analysis excluded enrollees with low-income subsidies.

Overall, the study found 8 percent of MA-PD and 10 percent of PDP enrollees without low-income subsidies voluntarily switched to another plan during the 2016 annual open enrollment period for the 2017 plan year. Other findings:

The study authors said the low rates of plan switching during the open enrollment period may mean that beneficiaries are satisfied with their current plan and aren’t motivated to compare and switch plans, or perhaps they actively choose to remain in their plan after comparing other options. However, they warn that the low switching rates could also indicate that they find the process of comparing plans too challenging, are unaware of the open enrollment period, or have limited confidence in their ability to choose a better plan.

A new HealthMine Medicare survey of 800 MA members ages 65 and older with at least one chronic condition revealed five gaps between MA plan beneficiaries and their health plan:

It will take vigilance on the part of plans to close these gaps and that includes efforts to assertively follow-up with, and connect to beneficiaries, the report noted. The key is to earn trust, which requires persistent and consistent communication, according to the report.

Loneliness has reached epidemic proportions in the United States and Britain and leads to negative health outcomes. The problem is critical among the elderly population and can be as damaging to health as smoking 15 cigarettes a day. Research shows that greater social interaction can result in a 50 percent reduced risk of early death. And more health insurers are doing something about it.

Many MA plans offer a Silver Sneakers benefit, a program that promotes physical activity but also encourages social interaction. Aetna recently announced it will take one step further with the development of a Social Isolation Index to estimate each member’s risk of social isolation. Specially-trained consultants will reach out to high-risk Medicare beneficiaries to connect them with community resources. Like Humana, it also will partner with Papa in 2020 to provide a new companionship benefit to seniors in select plans in Florida. Papa employs local college students who visit with seniors to help with errands or household chores. Eligible members can schedule visits up to 10 hours per month. Florida Blue has also introduced a similar benefit. Beginning Jan. 1, 2020, members in select MA plans who have certain chronic conditions can qualify for up to 120 hours of assistance a year by completing an annual wellness visit and a health risk assessment.