The new regulation is the first in a series of rules that will help shield consumers from surprise medical bills. Balance billing is already banned in Medicare and Medicaid–the rule offers similar protections to those insured through employer-sponsored and commercial health plans. 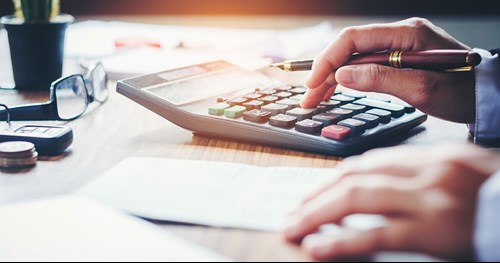 An interim final rule, “Requirements Related to Surprise Billing; Part I," released on Thursday will restrict excessive out-of-pocket costs to consumers from surprise bills and balance billing. The bill was issued by the Biden-Harris administration via the U.S. Department of Health and Human Services (HHS), Labor and Treasury, and the Office of Personnel Management.

Consumers are often surprised to receive bills after they unknowingly get emergency and non-emergency care from providers that are outside of their health plan's network. In some cases, the provider will balance bill for their services and charge the patient the remainder of what their insurance does not pay. Balance billing is already prohibited in Medicare and Medicaid. The new rule will offer similar protections to those insured through employer-sponsored and commercial health plans.

HHS noted that two-thirds of all bankruptcies filed in the United States are tied to medical expenses. Researchers estimate that 1 of every 6 emergency room visits and inpatient hospital stays involve care from at least one out-of-network provider, resulting in surprise medical bills.

"No patient should forgo care for fear of surprise billing," said HHS Secretary Xavier Becerra in the announcement. "Health insurance should offer patients peace of mind that they won't be saddled with unexpected costs. The Biden-Harris Administration remains committed to ensuring transparency and affordable care, and with this rule, Americans will get the assurance of no surprises."

The interim final rule is the first step in the implementation of the No Surprise Act, a bill signed into law as part of the Consolidated Appropriations Act of 2021 (H.R. 133; Division BB – Private Health Insurance and Public Health Provisions).

Among other provisions, the interim final rule:

The rule will take effect beginning on January 1, 2022. Written comments on the interim final rule must be received by 5 p.m. after it is displayed in the Federal Register. Note, the document has been submitted to the Office of the Federal Register for publication but has not yet been placed on public display or published.

More information about the interim final rule can be found in the HHS announcement, a fact sheet on the requirements, and another fact sheet with what consumers need to know.