The benchmarking survey focused on how health plans and community-based organizations define success for programs that address social determinants of health (SDoH) and measure their outcomes and impact. 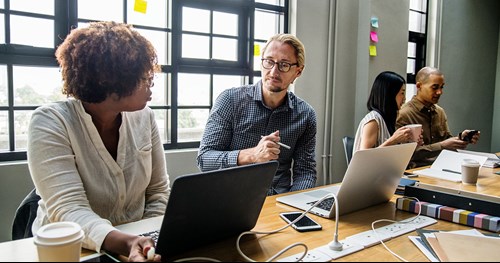 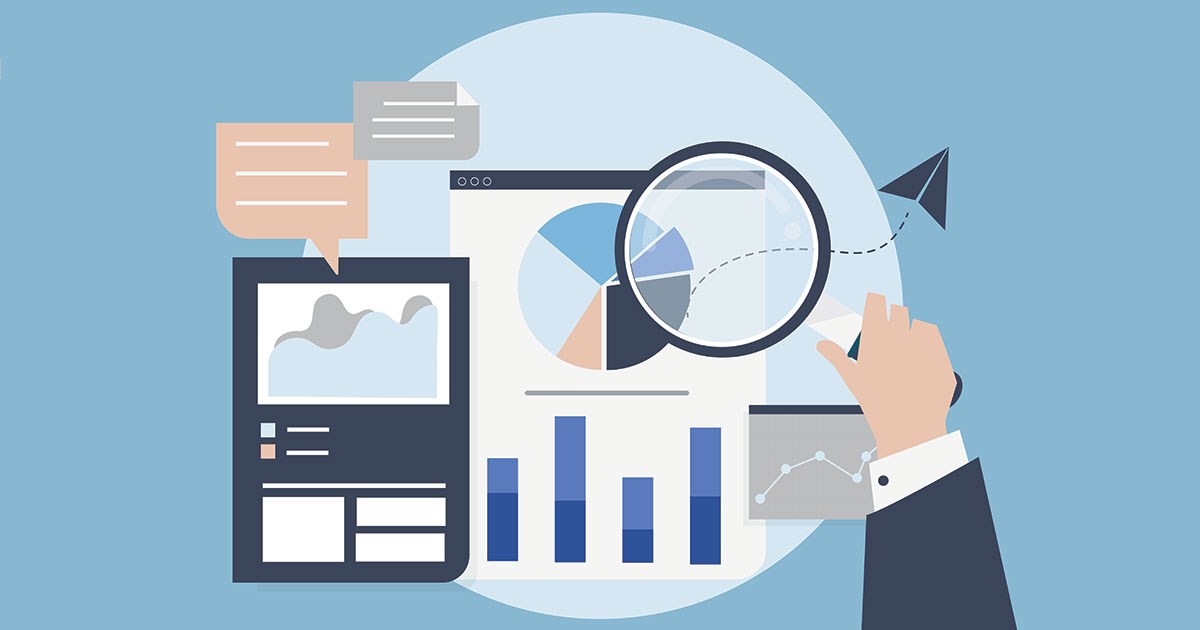 The research project was conducted in partnership with Alexandra Schweitzer, senior fellow at the Mossavar-Rahmani Center for Business and Government at Harvard Kennedy School, and launched in January, prior to COVID-19. Schweitzer revealed the survey results during a session at this week’s RISE National Summit on Social Determinants of Health and moderated a panel discussion about the findings. 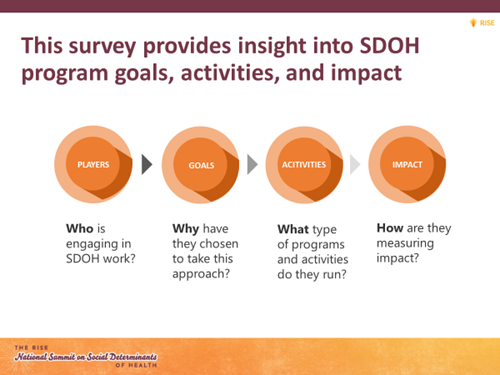 Most common goals for SDoH program

Panel insight: Although Schweitzer expected mission and ROI to be a more prevalent goal, Jennifer Funaro, a national SDoH strategist, Centene Corporation, said that most common goals and less prevalent goals are not necessarily mutually exclusive. Most organizations have multiple reasons to support initiatives, including positive health outcomes that may be directly inline with some of the other goals outlined. She also cautioned that respondents may have not thought of the terms in the same way as organizations define them in different ways. Mohini Mishra, managing director of housing & NORCs, Selfhelp Community Services, Inc., agreed. She explained that mission is ingrained in everything CBOs do so she can understand why CBO respondents may not have listed it as a top priority.

“It’s given and understood if you are working for a mission-driven organization,” Mishra said. “ROI alludes to the fact that CBOs and those on the health side speak different languages. What might seem ROI from the health side may not be from the CBO side. But we are all trying to serve the same population whatever you call them (client, resident, or patient),” she said.

Jessica Kahn, partner, McKinsey & Company, also said ROI has a different meaning depending on the stakeholder. For example, a board member may be thinking about funding for a new initiative and costs. Community partners may think of ROI as how it improved the lives and health of the people they serve. Sometimes, she said, who sees the ROI is not the person who made the investment.

How organizations run their programs

Three major groups of populations are targeted, Schweitzer said. The most common are high utilizers, patients with chronic conditions, and behavioral health patients. Patients with specific health conditions such as asthma, COPD, or diabetes are less common target populations.

The initiatives target diverse social needs (housing, loneliness, nutrition, transportation) and programs look at a variety of drivers to reach their goals. Initiatives offer a broad spectrum of services and supports: 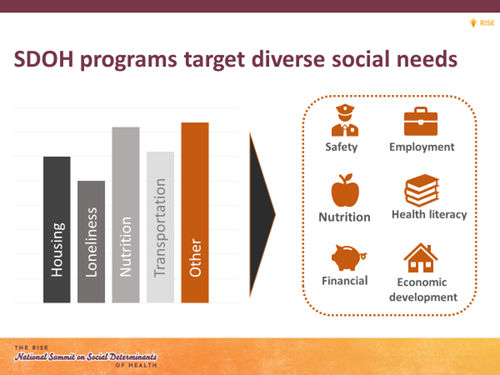 To ensure the programs meet the needs, 88 percent of respondents said that they measure program performance. Most use the following metrics:

Nearly half of the respondents were confident that their programs met their desired objectives:

Panel insight:  Schweitzer said the survey only scratches the surface of what is going on in the industry and how it is being measured. She said she hopes the results will stimulate discussion to think about how organizations can frame what they want to do, develop activities to address those needs, and how they know whether they achieved their goals.

Reflecting on the findings, Kahn said that organizations need to move away from using screening and referrals as metrics and instead have more clear outcome measures that directly reflect whether they have met the goals of the programs. For example, if you have an initiative to address food insecurity, ask your target population whether they felt they had enough food to feed themselves because of the program.

“This will be provocative, but screening and referral is so 2008, it’s so 1888, honestly. If you are finding out whether someone has an issue and passing them off to some place, you won’t get to the outcomes we are going for,” she said. Instead, Kahn recommended to be specific about your goals and say exactly what it is you want to solve. Then ask the at-risk population what it looks for them and design the program to meet those needs. The measure would be whether you achieved it.

Insight into the impact of COVID-19 on SDoH programs

The survey was launched prior to COVID-19 so did not include questions about the pandemic’s impact on SDoH programs. But at the close of the session, Schweitzer asked the panel on whether they thought the outbreak would inspire more investments in programs to address social barriers to health. The overall response was yes.

“COVID will hopefully serve as a catalyst to move programs forward,” said Funaro, noting that SDoH needs and demands will continue to ebb and flow and organizations must be ready and willing to adjust to them. As the country moves from stay-at-home orders to reopening the economy, she said organizations need to think about job training for people who have lost jobs that may never return. “It’s about really being open to listening and allowing community leaders to have a voice in these discussions.”