New research from Creighton University underscores the significant impact finances have on an individual’s health. 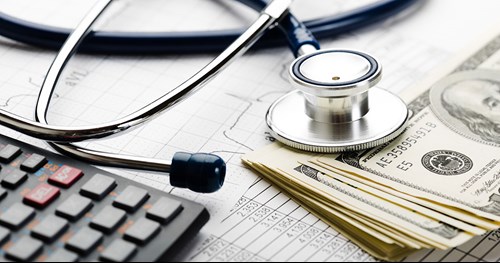 A new study, “Improving Health Through Action on Economic Stability: Results of the Finances First Randomized Controlled Trial of Financial Education and Coaching in Single Mothers of Low-Income,” published in the American Journal of Lifestyle Medicine, found that financial training provided to low-income single mothers led to reduced stress and improved health.

“Physical and financial health are very highly interrelated,” Nicole Gillespie White, PharmD’10, associate professor of pharmacy practice in Creighton’s School of Pharmacy and Health Professions and one of the principal investigators of the Finances First study, said in a statement. “When you think about access to medical care, your income level plays an important role. Just being able to afford to see your doctor, to take medications, is influenced by how much money you have.”

Program participants not only reported less stress around their finances but improved physical health outcomes as well.

Women who participated in the financial program reported both improved financial and health outcomes compared to those who did not participate, according to Creighton University researchers.

The researchers also found that: