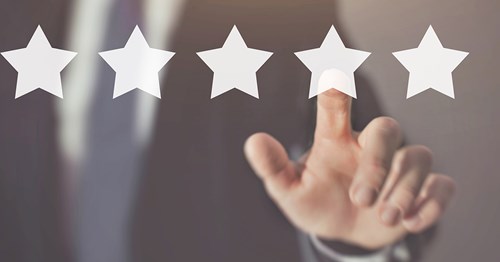 A 5-Star rating is something all MA plans want to achieve. It’s a badge of honor, indicating the health plan offers top-level care to members. Plans with 4 or 5 Stars also receive financial incentives. But a new study published in JAMA Health Forum finds that 5 Stars doesn’t mean plans provide high-quality care for all.

Researchers from Brown University, led by David J. Meyers, Ph.D., conducted a cross-sectional study that looked at the experiences of 1,578,564 MA enrollees from 454 contracts in 2015 and 2016, taking into consideration racial/ethnic and socioeconomic factors. The research team wanted to determine whether there is an association between an MA contract’s overall Star rating and what the rating would have been if calculated for the contract’s members who are racial/ethnic minorities or who have a lower socioeconomic status. They also addressed whether contracts with higher Star ratings have lower disparities in care.

In an interview with Brown University, Meyers, a Brown assistant professor of health services, policy, and practice, explained that the team compiled data from five different sources to recreate 75 percent of the measures that go into the Star rating calculation. From that individual data, the team reconstructed CMS Star ratings broken down by race, ethnicity, and socioeconomic status.

The team determined that although the MA Star ratings are designed to reflect the overall performance of a plan, the system is only modestly associated with quality for racial/ethnic minorities and enrollees of low socioeconomic status in the same plan.

“It's clear from this study that the way the current Star ratings are constructed, they’re not capturing the full experience of all beneficiaries,” Meyers told Brown University News, noting that because MA plans can earn higher ratings even if they don’t adequately serve minority members, it doesn’t leave them with an incentive to address health equity. This is especially a concern since MA plans typically enroll higher proportions of racial/ethnic minorities and people with lower income and education than original Medicare.

Most concerning is the fact that as the Star ratings went up, the disparities increased among beneficiaries of different racial, ethnic, and socioeconomic groups, he said.

While the study did not examine the reasons for these differences, Meyers said they may have to do with structural barriers such as reduced access to providers as well as structural racism—similar barriers to care that lead to health care inequities in general.

His main concern is that the current system for calculating the ratings doesn’t leave MA plans with adequate incentives to address disparities. “These results call for more attention by plans to ensure that they’re doing everything they can to address these disparities in outcomes,” he said.

To address the problems, the research team said that CMS could make the stratified ratings public and include a measure of equity in the ratings calculation.

“Right now, there are about 30 different measures that are factored into Star ratings,” Meyers said. “Adding a measure that judged a plan on how well they addressed disparities could create more of an incentive for plans to try to ensure that they're providing high-quality care to all of their beneficiaries, and that no group falls through the cracks.”