The Inspector General, and a team of brother triathletes and cognitive neuroscientists from UC Berkeley's Haas School of Business have been confirmed as speakers at RISE National, March 6-8, at The Broadmoor Resort in Colorado Springs.

RISE is pleased to announce that Christi A. Grimm, the sixth inspector general of the U.S. Department of Health and Human Services (HHS), will join RISE National 2023 in person when we gather at the five-star Broadmoor Resort in Colorado Springs, March 6-8.

The annual event brings together mid- to senior-level executives in the Medicare Advantage space to hear best practices, join hands-on workshops, and benchmark with peers on the latest regulatory changes, technology trends, and revenue generating strategies. This year’s conference will feature preconference workshops, 44 sessions, six tracks including a new health equity track, as well as two confirmed keynote duos, and confirmation of Grimm as speaker. RISE has also invited a representative from the Centers for Medicare & Medicaid Services to join the speaking faculty. 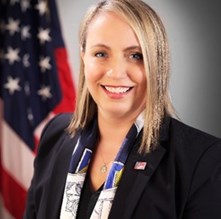 Grimm, pictured right, will take the main stage on Tuesday, March 7, the first day of the main conference. As head of the Office of Inspector General (OIG), she leads an independent and objective organization of more than 1,600 auditors, evaluators, investigators, data analysts, attorneys, and management professionals who carry out the OIG’s mission to protect the integrity of HHS programs, as well as the health and welfare of the people they serve. Grimm oversees more than 100 programs administered by HHS agencies, such as the Centers for Medicare & Medicaid Services, Administration for Children and Families, Centers for Disease Control and Prevention, Food and Drug Administration, and National Institutes of Health. In 2021, including COVID-19 relief funding, HHS was responsible for a total of $2.4 trillion in spending. Grimm represents HHS-OIG on the Pandemic Response Accountability Committee (PRAC) and leads PRAC’s Health Care Subgroup. Prior to her appointment as inspector general, Grimm served as principal deputy inspector general performing duties of the inspector general.

She began her career with OIG in 1999 as an evaluator in OIG’s Office of Evaluation and Inspections and later served in a variety of management roles, including chief of staff and deputy inspector general for the immediate office. As an evaluator, she designed and conducted groundbreaking work to improve quality and safety in hospitals, stop unqualified providers from enrolling in Medicare and Medicaid, and improve the process for appealing Medicare payment decisions. 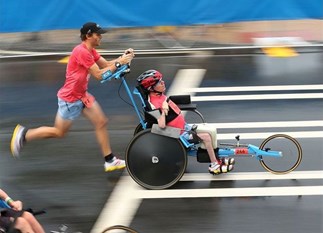 Brothers Brent and Kyle Pease, Ironman champion triathletes, will present an inspiring keynote address on how to “find your finish” on Wednesday, March 8.

Diagnosed with cerebral palsy as a child, Kyle Pease had grown up supporting his athlete brothers from the sidelines. While his condition limited his ability to play sports, it didn’t dampen his passion for them, nor did it stop the Pease family from including Kyle in everything. Starting from scratch with no running chair, learning from others, and through trial and error and a ton of hard work, Kyle and Brent Pease have completed more than 75 races together, including four Ironman triathlons and countless other endurance races, most recently becoming the first brother duo in history to complete the grueling Ironman World Championship in Kona, Hawaii.

The Pease brothers will take attendees on their journey from their first race, through the multiple 'no’s' to the final 'yes' from Kona, getting to the start line, the ups and downs to the finish line, and beyond. They’ll discuss what it was like growing up in their family, how it meant living a life of doing all within your power to succeed, and ensuring that no single person is ever left on the sidelines.

Through the Pease brothers' unbreakable bond, they show how individual and team focus, determination, and spirit are the keys to achieving and accomplishing feats others might say are impossible. They show you the profound ways a family proved that by illuminating and including individuals with disabilities they were able to find and reveal who they truly are. 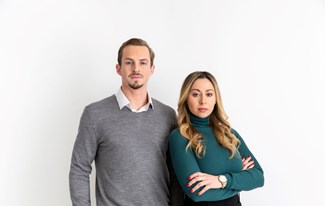 Dr. Yousef and Professor Miller have 10+ years of research, originally starting with work for Abbott Labs, Insulet, and Headspace Health, and have become a staple within the health tech community known for their relatable content and science-backed approach to problem solving. Together, they run the Becoming Superhuman Lab at UC Berkeley and teach a popular MBA class aimed at helping busy professionals get their most important work done, in less time, with less stress. Since COVID began, they’ve collectively given more than 500 talks and keynotes to knowledge workers in 50+ countries, have advised executive teams at Google, Coinbase, and Visa, and have been invited to speak for the US Congress and Saudi Arabian governments.

RISE National 2023 will take place March 7-8, with preconference workshops on March 6, at the Broadmoor Resort in Colorado Springs. Click here for the agenda, roster of speakers, and how to register for the annual event.