Several proposals to expand the Medicare program are under consideration. Here’s a breakdown of each approach and what they could mean for those at risk of racial and ethnic health disparities.

The National Academy of Social Insurance (NASI) recently published the final report from the Study Panel on Medicare Eligibility. The study examined the options for extending eligibility for Medicare beyond the current covered populations and the implications each approach could have. 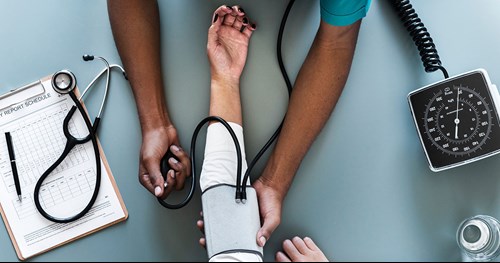 Some policymakers and analysts believe the Medicare program is ripe for expansion due to its broad popularity, cost-effective coverage, and positive side effects throughout the health care system, according to NASI.

Researchers grouped the proposals currently under consideration into three categories:

Each of the three approaches differ in the extent to which they increase coverage, improve affordability and access to care, and reduce health disparities, write Renee M. Landers, Bruce Vladeck, and Bethany K. Cole, who served on the study panel,  in a blog post for Health Affairs.

The expansion proposals come at a time in which the number of Americans lacking health insurance has been rising after several years of decline following the implementation of the Affordable Care Act, according to the U.S. Census. The number of racial and ethnic minorities lacking health insurance is significantly higher. In 2018, the uninsurance rate for non-Hispanic whites was 5.4 percent compared to 9.7 percent for blacks and 17.8 percent for Hispanics of any race.

Lowering the Medicare eligibility age and creating a Medicare buy-in program would limit the impacts on racial and ethnic disparities, as both options target specific portions of the population. But the Medicare-for-All approach, viewed as the most ambitious, would provide near-universal coverage for the entire population and have the greatest impact on access and affordability.

“Although any of the three options for expanding coverage through the Medicare program would likely reduce racial and ethnic disparities in health insurance coverage, research has shown that disparities in access to quality care remain for insured minorities, even within the Medicare program today,” write Landers, Vladeck, and Cole. In fact, research shows that older adults with racial and ethnic minority backgrounds have worse health indicators and receive lower quality of care than non-Hispanic whites.

Barriers in the existing Medicare program that contribute to these disparities include the substantial out-of-pocket costs without a cap, gaps in coverage for dental, vision, and long-term services and support, and a lack of education about how to enroll in Medicaid or the Medicare Savings Programs to cover some of the gaps in coverage.

To effectively reduce racial and ethnic disparities, Medicare would need to go beyond just the proposals being considered and address factors such as housing availability, neighborhood conditions, food insecurity, and educational opportunities, according to the blog post.

Better data collection and analysis of these types of disparities in racial and ethnic minorities is needed in order to better address the issues, but not all states require the collection of race or ethnicity data.

The full NASI report, along with an Executive Summary and additional resources, may be downloaded from the Academy’s website here.