The Department of Justice (DOJ) said 42 doctors, nurses, and other licensed medical professionals are among the 138 defendants facing criminal charges for their alleged involvement in health care fraud schemes that resulted in nearly $1.4 billion in alleged losses. 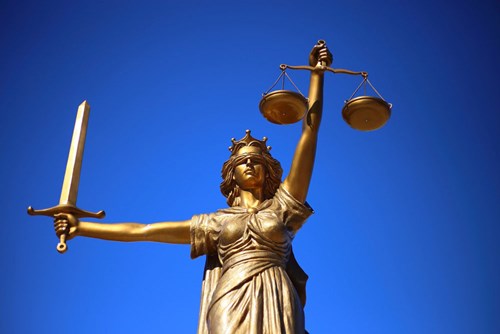 The telemedicine schemes involved the alleged payment to doctors and nurse practitioners to order unnecessary durable medical equipment, genetic and other diagnostic testing, and pain medications, either without any patient interaction or with only a brief telephonic conversation with patients they had never met or seen. Durable medical equipment companies, genetic testing laboratories, and pharmacies then purchased those orders in exchange for illegal kickbacks and bribes and submitted more than $1.1 billion in false and fraudulent claims to Medicare and other government insurers.

In some instances, medical professionals billed Medicare for sham telehealth consultations that did not occur as represented. The proceeds of the scheme were spent on luxury items, including vehicles, yachts, and real estate, the DOJ announced.

The COVID-19 fraud cases involve the submission of $29 million in false billings. In one case, the defendants allegedly exploited policies that were put in place by CMS to enable increased access to care during the pandemic, such as expanded telehealth regulations and rules. Defendants allegedly misused patient information to submit claims to Medicare for unrelated, medically unnecessary, and expensive laboratory tests, including cancer genetic testing.

The sober homes cases involve more than $133 million in allegedly false and fraudulent claims, including illegal kickback and bribery schemes involving the referral of patients to substance abuse treatment facilities; those patients could be subjected to medically unnecessary drug testing–often billing thousands of dollars for a single test–and therapy sessions that frequently were not provided, and which resulted in millions of dollars of false and fraudulent claims being submitted to private insurers.

The illegal prescription and/or distribution of opioids cases involve 19 defendants, including several charges against medical professionals and others who prescribed more than 12 million doses of opioids and other prescription narcotics, while submitting over $14 million in false billings. The cases that fall into more traditional categories of health care fraud include charges against over 60 defendants who allegedly participated in schemes to submit more than $145 million in false and fraudulent claims to Medicare, Medicaid, TRICARE, and private insurance companies for treatments that were medically unnecessary and often never provided.

“We have seen all too often criminals who engage in health care fraud—stealing from taxpayers while jeopardizing the health of Medicare and Medicaid beneficiaries,” said Deputy Inspector General for Investigations Gary L. Cantrell of Department of Health and Human Services Office of Inspector General (HHS-OIG). The announcement, he said, should serve as a warning to those who may be considering engaging in illicit activity. “Our agency and its law enforcement partners remain unrelenting in our commitment to rooting out fraud, holding bad actors accountable, and protecting the millions of beneficiaries who rely on federal health care programs.”

The cases are being prosecuted by Health Care Fraud and Appalachian Regional Prescription Opioid Strike Force teams from the Criminal Division’s Fraud Section, in coordination with 31 U.S. Attorneys’ Offices nationwide, and agents from HHS-OIG, FBI, Drug Enforcement Administration, and other federal and state law enforcement agencies.