President-elect Joe Biden today announced his nominations and appointments of his health team and the names will be familiar to those in the health care industry.

These leaders, Biden said in the announcement, will “bring the highest level of integrity, scientific rigor, and crisis-management experience to one of the toughest challenges America has ever faced—getting the pandemic under control so that the American people can get back to work, back to their lives, and back to their loved ones.”

His dream team is a list of Who’s Who in the political arena and health care industry: Biden has nominated Beccera, the attorney general of California who has led the defense of the Affordable Care Act in the Supreme Court, to replace Alex Azar as the secretary of health and human services. If confirmed, he will be the first Latino to lead the Department of Health and Human Services. He will also be tasked with overseeing the distribution of a COVID-19 vaccine and build the public’s trust in it, and helping Biden build on the Affordable Care Act to lower health care costs and prescription drug costs. Murthy, the 19th Surgeon General of the United States under President Barack Obama, has been nominated to serve in the role again under Biden. Murthy, a physician, research scientist, and former Vice Admiral in the Public Health Service Commissioned Corps, currently serves as co-chair of Biden’s COVID-19 transition Advisory Board.

As “America’s Doctor,” Dr. Murthy helped lead the national response to a range of health challenges, including the Ebola and Zika viruses, the opioid crisis, and the growing threat of stress and loneliness to Americans’ physical and mental wellbeing. Prior to his tenure as Surgeon General, Dr. Murthy co-founded VISIONS, a global HIV/AIDS education organization; the Swasthya Project, a rural health partnership that trained women in South India to become community health workers and educators; TrialNetworks, a technology company dedicated to improving collaboration and efficiency in clinical trials; and Doctors for America, a nonprofit mobilizing physicians and medical students to improve access to affordable care.

“I never dreamed I’d have the honor to once again serve as Surgeon General," Murthy said on Twitter this morning. “In this moment of crisis, I’m grateful for the opportunity to help end this pandemic, be a voice for science, and support our nation on its path to rebuilding and healing.” Biden has tapped Walensky, chief of infectious diseases at Massachusetts General Hospital and a professor of medicine at Harvard Medical School, to serve as director of the Centers for Disease Control and Prevention. A leading expert on virus testing, prevention, and treatment, she has been on the front lines of the COVID-19 pandemic response in Massachusetts.

Walensky has played a key role in advancing international health policy toward the promotion of HIV treatment as prevention and the adoption of other effective and efficient strategies of HIV care. She also serves as chair of the Office of AIDS Research Advisory Council and a member of the U.S. Department of Health and Human Services Panel on Antiretroviral Guidelines for Adults and Adolescents. Nunez-Smith, one of the country’s foremost experts on health care disparities, will serve as the COVID-19 Equity Task Force Chair. An associate professor of medicine, public health, and management at the Yale School of Medicine, she is the founding director of Yale’s Equity Research and Innovation Center and co-chair of the President-elect’s COVID-19 Transition Advisory Board.

She currently serves as a principal investigator on several leading research projects intended to assess and rectify systemic discrimination and racial disparities in the health care space, and created the NIH-funded Eastern Caribbean Health Outcomes Research Network to improve health outcomes in an historically underserved region.

Dr. Nunez-Smith will advise the President-elect on a whole-of-government effort to reduce COVID-19 disparities in response, care, and treatment, including racial and ethnic disparities. Fauci, the country’s preeminent expert on infectious diseases and an adviser to six U.S. presidents, will serve as chief medical adviser on COVID-19 to Biden and continue in his role as director of the National Institute of Allergy and Infectious Diseases. Among the most trusted figures in the country throughout the pandemic and for decades prior, Dr. Fauci will remain an essential voice both in informing the public about health risks and safety measures and in helping the scientific community, the Biden-Harris administration, and local officials overcome the COVID-19 pandemic.

In his current role, Dr. Fauci leads an expansive research portfolio covering the prevention, tracking, and treatment of both established and emerging contagions, as well as asthma, allergies, and other immune-related illnesses. He serves simultaneously as chief of the Laboratory of Immunoregulation and chief of the Immunopathogenesis Section at the National Institutes of Health, having largely pioneered the field of human immune response regulation with his early research.

As a prominent scientific adviser throughout the HIV/AIDS crisis, he also helped lead the creation of the President’s Emergency Plan for AIDS Relief, which has been credited with saving the lives of millions across the globe. In addition to a litany of awards and the 45 honorary degrees he has received from universities worldwide, he was awarded the Presidential Medal of Freedom by President George W. Bush in 2008. Zients, who the Biden transition team describes as an accomplished public servant widely known for his extraordinary track record successfully managing large and complex initiatives, will serve as coordinator of the COVID-19 Response and counselor to Biden. He previously earned broad acclaim for his leadership of the 2013 HealthCare.gov tech surge and his oversight of the ‘Cash for Clunkers’ fuel-efficiency program.

Zients, who was a top economic adviser under Obama, will advise Biden on the implementation of the federal government’s COVID response, including managing safe and equitable vaccine distribution, the pandemic supply chain, and coordination across federal agencies and state and local governments.

During his time in the Obama-Biden administration, Zients served as director of the National Economic Council, acting director and deputy director of the Office of Management and Budget, and the inaugural chief performance officer of the United States. 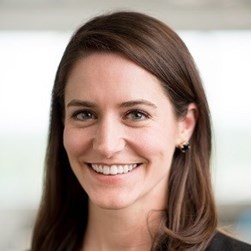 Quillian will serve as deputy coordinator of the COVID-19 Response. Quillian, a national security expert and former White House and Pentagon senior advisor, played an instrumental role in coordinating the Obama-Biden administration’s interagency response to the opioid epidemic.

Quillian began her government career as a civil servant during the George W. Bush administration, and went on to serve all eight years in the Obama-Biden administration. She has served in a number of national security positions at the National Security Council and the Office of the Secretary of Defense, and as deputy assistant to the president and senior advisor to the White House chief of s