America is losing ground on dire diabetes complications: Let’s turn it around

We must do more to prevent diabetes and reach diabetic individuals who are on a collision course with serious maladies. Much has been done toward reversing this untoward trend–but there is more work to do. 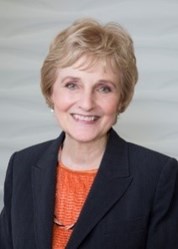 Epidemiologic and statistical experts from the diabetes division of the Center for Disease Control and Prevention (CDC) wrote an important article in the May 21, 2019 issue of JAMA on the surge of diabetes complications between 2010 and 2015, largely due to lifestyle modifiable factors.

Their message: We must do more to prevent diabetes and reach diabetic individuals who are on a collision course with serious maladies.  Much has been done toward reversing this untoward trend–but there is more work to do.

Population health longitudinal analytics can help to find these individuals, then motivational interviewing can begin the process toward collaboratively setting goals. Measuring progress (or the lack thereof) is also important in helping those at risk to be more compliant with their physician’s treatment plan and modify their lifestyle.

Positive progress, then a resurgence in diabetes-related complications

The JAMA viewpoint noted that in the early 1990s, diabetic individuals had complications that shortened their lives and had more serious systemic problems than individuals without diabetes in the following areas:

Then, from 1990–2010, a collaborative, multi-focal full-court press in the management of risk factors, education, support, integrated care, and improvements in self-care resulted in a reduction of complications that ranged from 28 percent to 68 percent in diabetic individuals.

It is troubling to note that national statistics revealed that young (18-44 years) and middle- aged (45 to 64 years) adults were the groups most heavily impacted by the hyperglycemic crisis, AMI, and strokes with increases in each group of more than 25 percent in just five years. Risk reductions in older adults simply plateaued.

More worrisome is that improvements in AMI and strokes were at a standstill for the general population and the incidence of cardiovascular disease mortality in younger adults increased in most counties in the United States.

What caused this setback? Trends in coding practices, the difficulty of getting adequate diagnoses and procedure codes from claims data to do statistical reporting, and various provider incentives and trends for performing, or not performing, certain procedures were discussed as undocumented factors.

First, they identified a changing profile for the population of new diabetes diagnoses. New diabetics in the millennial generation, born between 1980 and 2000, seem to have poor lifestyle habits with higher BMIs, higher levels of tobacco use, as well as poor lipid and blood pressure management in comparison to older adults. In middle aged and especially older adults, the combination of increased longevity coupled with the increased incidence of diabetes means that individuals have diabetes for a longer portion of their lives than diabetics did in the past. Because they have more time with diabetes, individuals may experience an increased risk of long-term diabetes-related complications.

Second, diabetes preventive care was at a standstill in the 2011-2014 timeframe–particularly in young adults.  When comparing 1990-2010 with 2011-2014, they found that individual hemoglobin A1c levels increased by six percentage points in the total population, but by 10 percentage points in young adults.  According to the authors, some of this increase may be due to providers personalizing diabetic management goals with an emphasis on preventing hypoglycemia.  The unintended consequence could be relaxed attitudes toward glycemic control in younger adults, resulting in suboptimal glycemic control.

Fourth, vulnerable populations may have been adversely affected by social and economic trends. The recession that began in 2008-2009 has been blamed for an increase in the death rate of middle age adults.  At first it was thought to be the higher rate of opioid overdoses, suicide, and social disadvantages driving this statistic.  Other studies pointed to the additional factor of increased mortality rate due to metabolic causes related to economic hard times, job loss, and financial hardships that seemed to have had the greatest impact on the communities that had the highest rate of diabetics.

A perplexing twist in the current trend

The number of new diabetes diagnoses among adults in the United States are declining despite climbing obesity rates, according to a recent Associated Press article.

New federal data published in the journal BMJ Open Diabetes Research & Care in May 2019 shows that the number of new diabetes diagnoses fell from 1.7 million in 2009 to 1.3 million in 2017. However, this trend is not cause for celebration because the CDC has not yet identified the cause of the reduction. Possible contributing factors are changes in testing and efforts to modify people’s behavior prior to them becoming diabetic.

More doctors use a newer blood test (hemoglobin A1C test) to diagnose diabetes per the recommendation of the American Diabetes Association in 2010. Since this is an easier test to do, experts expected it would lead to more diabetes diagnoses. But, now there is a new concern that it may miss a large percentage of early diagnoses among people who don’t show symptoms and who are not tested.

Another potential contributing factor is the increased diagnosis of “prediabetes”–where blood sugar levels are of concern, but not yet at the level of diabetes. This diagnosis will trigger interventions, including concerted efforts by doctors, employers, insurers, and others to provide support to improve these individuals’ health through diet and exercise to avoid a downstream diabetes diagnosis.

What to do to turn around these shifting trends

Despite all this research related to trends shifting, the American Diabetes Association cites that in 2015, 30.3 million Americans, or 9.4 percent of the population, had diabetes. Of the 30.3 million adults with diabetes, 23.1 million were diagnosed, and 7.2 million were undiagnosed, and 1.5 million Americans are diagnosed with diabetes every year.

How do we work together to turn around these trends? One strong target is to focus on the 84.1 million American adults who have prediabetes in addition to getting support to those who have already been diagnosed.

We believe that the next frontier is to capture factors in data analytics that drive individual behaviors related to disease occurrence, progression, compliance with best practices, and self-care.  Quantifying these factors will enhance the ability to identify those at-risk so that continued early intervention can be deployed to drive prevention.

Population health longitudinal analytics can be a great tool for finding vulnerable individuals so that clinicians can assess them, set baselines, and measure effectiveness. A best practice is to develop a customized outreach program that is collaborative and includes ongoing interventions for those with chronic health conditions.

It’s critically important to be proactive in identifying the “next wave” of individuals where active intervention can help to change their lifestyle behaviors and guide them to better manage ongoing chronic health conditions to avoid serious health consequences–including avoidable plan costs.

Barbara Rutkowski, EdD, MSN, CCM is the vice president, clinical operations, for Advanced Plan for Health. Dr. Rutkowski brings more than 20 years of experience in operations, integrated medical management for health plans and self-insured employers, as well as care quality for hospitals and managed care organizations. She has published numerous professional articles, a national employment law newsletter, and five textbooks–two received the American Journal of Nursing Book of the Year award. She may be reached at barbrutkowski@mypoindexter.com.