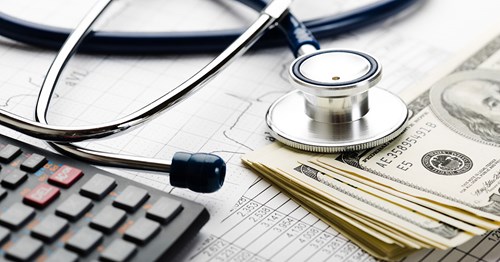 Funding remains a significant barrier when addressing SDoH. While stakeholders have made noticeable progress related to funding for social needs such as food insecurity, housing stability, and transportation, support of SDoH efforts related to data, analytics, and technology have been far more obscure.

To draw awareness to the existing funding options that could be useful to SDoH data and analytic efforts, McKinsey & Company has outlined four federal funding channels stakeholders can leverage to support data integration and screening and referral capabilities.

Traditional state Medicaid funding sources come from the Centers for Medicare & Medicaid Services Innovation Center (CMMI) and the Medicaid Enterprise System (MES) through the Center for Medicaid and CHIP Services (CMCS). CMMI provides grant funding toward initiatives such as payment model testing, SDoH screenings, referrals, and care navigation. CMCS MES funding on the other hand aims to further Medicaid infrastructure and technology through initiatives such as SDoH data infrastructure development.

Additional federal-funding sources, such as grants or partnerships, can be found through other government programs and agencies including the Health Resources and Services Administration, Department of Housing and Urban Development, and the Department of Agriculture.

There have been advancements in SDoH funding due to recent legislation increasing the federal funding available for such initiatives. Laws such as the American Rescue Plan Act, the Bipartisan Infrastructure Law, and the Coronavirus Aid, Relief, and Economic Security Act provide food and housing support and investments in data modernization and infrastructure and will provide future funding through federal programs and other opportunities to address SDoH.

States could explore federal support through federal-grant initiatives related to managed care, a funding model where payments are per patient rather than per service. Though managed care is not a federal funding mechanism itself, states can access support to advance multi-payer health care payment and delivery system reform models. Identifying the federal standards that affect managed care and related investment in SDoH to quality improvement is also an effective strategy to acquiring additional support.