Since the 21st Century Cures Act (CCA) was passed in 2016, there have been several changes to the existing risk adjustment model. Over the next few years, and until the Alternative Payment Condition Count (APCC) is fully implemented in Payment Year (PY) 2023, we expect to see even more. 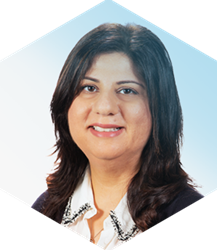 The CCA tasks CMS with using better models to predict medical expenses for the Medicare Advantage population that specifically take into account the number of chronic conditions a patient has concurrently. Additionally, the act calls for action on the End-Stage Renal Disease (ESRD) model, and a review of the relative risk and predicted medical costs.

Of course, these changes are meant to more accurately predict expenses and risk adjustment payments. Many of the other changes are benefit modifications in MA as well as more definitive guidance on data exchange. Most significant in risk adjustment is the continued move to 100% Encounter data utilization for risk score calculation. The overarching theme is data, whether its data exchange, sources of RAF data or leveraging it for better predictability. The following summary offers 5 things they’ll need to consider. For the complete list, click here.

1. APCC may be more predictive of cost
In April 2019, CMS released the 2020 Medicare Advantage Rate Notice and confirmed the APCC model for calendar year 2020. According to the new model, for HCC counts that are greater than 4 but less than 10, there’s an additional coefficient in the RAF score. Two additional levers were also added: coding intensity, which remained unchanged, and the normalization factor, which is high and results in a 7 percent decrease in risk scores, according to our analysis. Although the coefficient can result in a small increase in revenue, it won’t be enough to offset the change in the normalization factor. CMS says APCC is expected to be more predictive of expense, but we won’t know until after it’s fully implemented.

Under the new APCC model, risk score coefficients for dual eligibles, or members who qualify for both Medicare and Medicaid, will be lower. However, it still greatly benefits members and plans to maintain their dual eligible status. Plans should continue to assist members in maintaining enrollment.

2. Telehealth for all Medicare Advantage plans (and FFS)
In previous years, telehealth benefits were only available to beneficiaries who lived in rural communities. As a result of the CCA however, it’s now an approved benefit for all Medicare Advantage plans yet utilization remains low. However, because this is a new benefit as of 2020, utilization may change and should be tracked closely.

3. Poor Star rating performing plans have more leeway
When the ACA was passed, CMS had authority to terminate Medicare Advantage plans that had failed to achieve 3 stars after 3 years. With the passage of the CCA however, plans now have up to 10 years to improve their quality ratings. A total of 4 plans have failed to achieve STAR ratings above 3 as of the 2020 ratings. Overall, nearly 81 percent of MA members are in a 4 Star plan or above. Since the start of the Star ratings program in 2011, there has been a general trend of MA members moving toward more highly rated plans. At the same time, we see that average plan ratings are also moving higher. You can find the Star rating details here.

4. A new ESRD model
Under the CMS-HCC Risk-Adjustment Model (V23), Chronic Kidney Disease stage 3 was added as an additional HCC code with the goal of preventing patients in this group from advancing to later stage kidney failure. The CCA also includes a new proposed ESRD model, which is set to decrease payments, but will incentivize providers for at-home dialysis and kidney transplant use. In late September however, dialysis centers, major health systems and industry stakeholders called on CMS to reconsider the model, so it remains to be seen what will happen.

5. Beneficiaries have more time to switch plans
Previously, Medicare Advantage beneficiaries had only 45 days to change their plans after annual enrollment, but now they have up to three months. Health plans, however, can only run marketing campaigns between October and December. We predict this will initially create some instability, yet keep in mind that it also takes seniors some time to be made aware they have the provision so it may not be significant right away.

Editor’s note: This article is a shortened version of the original piece. Click here to read the entire article.

About the author
Sujata Bajaj is the senior vice president of product development at Episource. She has built extensive solutions for payers, including ACOs, Medicaid, MA, and the ACA exchange. She uses technology to integrate revenue programs with quality and care management while maintaining a dedication to adding value to the beneficiary’s experience with the health plan through those solutions. Baja has a Bachelors in Economics from Northeastern University in Boston, Mass. and is a Six Sigma Yellow Belt.