The High Court will hear oral arguments over the constitutionality of the Affordable Care Act (ACA) on November 10, a week after the presidential election. 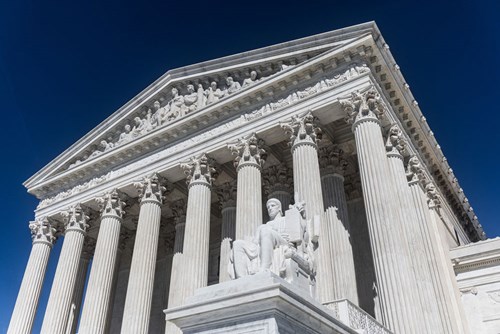 The Supreme Court, which has upheld the ACA twice since its original passage in 2010, announced the hearing date Wednesday on its online docket.

At stake: Health coverage for millions of Americans in the middle of the COVID-19 pandemic.

The Trump administration has pushed for the dismantling of the ACA since Congress passed Trump’s tax overhaul in 2017 that eliminated the individual mandate that required individuals to obtain health insurance or pay a penalty. Shortly after the implementation of the law, a coalition of Republican governors and state attorneys filed a lawsuit stating that the ACA cannot stand without the individual mandate.

A group of 18 Democratic attorneys general and the House of Representatives has defended the ACA as the case has made its way through the legal system. In December 2018, U.S. District Judge Reed O’Connor, ruled that the ACA became unconstitutional when Congress enacted the tax overhaul. However, because O’Connor issued a declaratory judgment and not an injunction, the law remained in effect while the decision was appealed. A year later a federal appeals court panel also struck down a key provision of the ACA but sent the case back to O’Connor to decide the fate of the rest of the law. This led the Democratic coalition and the House of Representative to ask the Supreme Court to hear the case, pushing for a date before the November election.

Health care has become a key election issue. Joe Biden, the Democratic nominee, and the former vice president under Barack Obama, has vowed to protect and improve the ACA, which is considered Obama’s signature achievement during his presidency.

The Supreme Court is unlikely to render a decision on the case until the spring, but it will have widespread consequences. More than 20 million people have gained health coverage thanks to the ACA. In addition, nearly 500,000 Americans gained coverage through the ACA marketplace as part of a special enrollment for individuals who have lost their jobs as a result of COVID-19.

Despite the attempts to repeal the ACA, the Trump administration and Republican lawmakers have yet to come up with a replacement plan. Upending the health care reform law without a replacement would create chaos throughout the health care system. In addition to providing health care coverage, the law provides many provisions that have been integrated into the health care system, including protections for people with preexisting conditions, value-based bonus payments for the Stars program for Medicare Advantage plans, and preventive health benefits for all Medicare beneficiaries.

The presidential election and its impact on health care, including the fate of the ACA, will be a key topic during RISEs upcoming virtual event, RISE West 2020. Speaker John E. McDonough, DrPH, MPA, professor of public health practice, Harvard T.H. Chan School of Public Health, offers some predictions ahead of the conference in a two-part interview with RISE.