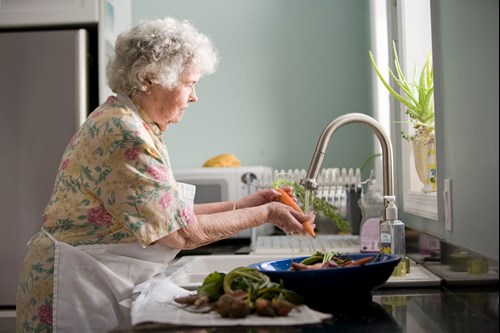 During the Special Meeting of the American Medical Association (AMA) House of Delegates last week, physicians adopted policies to address SDoH as part of health insurance coverage. The new policies were recommended to eliminate inequities through advocacy, community leadership, and education.

“Addressing social determinants of health requires an all-hands-on-deck approach that is not limited to stakeholders within the health care system,” said David H. Aizuss, M.D., a member of the AMA Board of Trustees. “By addressing social determinants of health in their benefit designs and coverage, health plans can be part of the effort to improve patient health outcomes.”

The adopted policies aim to:

To better understand the connection, researchers utilized the National Center for Health Statistics and the Map the Meal Gap study to assess cardiovascular death rates and food insecurity rates from 2011 to 2017 among adults age 20 to 64, as well as adults age 65 and older.

"This research shows food insecurity, which is a particular type of economic distress, is associated with cardiovascular disease,” said study co-author Sameed Khatana, M.D., M.P.H., instructor of cardiovascular medicine, Perelman School of Medicine at the University of Pennsylvania in Philadelphia, said in the study announcement. “It illustrates that cardiovascular health is tied to many things. It's more than doctors' visits, screenings, medications, and procedures; what is going on outside the clinic, in society, has a significant impact on patients’ health, too."

The report, which was published at the end of October, analyzed the efficiency of community-level data to accurately identify patients with social risks by comparing the social deprivation index score for the census tract where a patient lives with patient-level social risk screening data.

The study evaluated 36,578 patients from 13 states, including individuals who received public insurance (60.5 percent), were female (57.9 percent), were white (48.1 percent), and were Black (29.8 percent). Of the total patients, nearly 30 percent (10,858) screened positive for one or more social risks. Of those patients, 42 percent lived in neighborhoods not defined as disadvantaged and would not have been included in social risk-targeted care.

“Using community-level social risk data to guide patient-level activities may mean that some patients who could benefit from programs targeting social conditions or care adjustments would not be identified,” wrote study authors.