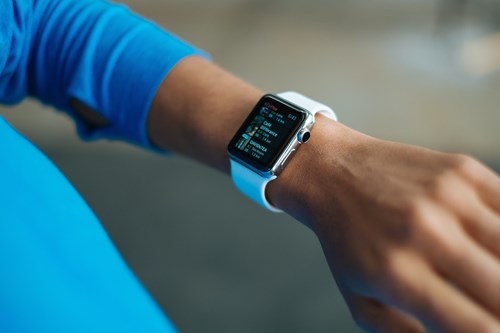 Many adults continue to struggle with SDoH in the midst of the pandemic, according to Kaiser Family Foundation’s (KFF) analysis of data from The Census Bureau’s Household Pulse Survey, which has collected data since March 2020 on the impact of COVID-19 on people.

While examining survey data from September 1–September 13, the most recently available data, KFF found the pandemic continues to exacerbate SDoH among adults.

In the analysis, KFF found the populations who fared worst included Black and Hispanic adults, younger adults, and adults with children.

A study from the University of Michigan Health has found wearable health devices, such as the Apple Watch, to be “game-changers” for clinicians to fully understand a patient’s daily life and resulting health and disease.

The Michigan Predictive Activity & Clinical Trajectories (MIPACT) study, which launched in 2018 in collaboration with Apple, collects data on the baseline health status, such as activity levels, heart rate, and blood pressure, of a diverse group of participants across a range of ages, races, ethnicities, and underlying health conditions.

A key component to the study is its ability to recruit from groups that have been underrepresented or unrepresented in digital health research, explained study co-investigator Jessica Golbus, M.D., in the study announcement. The MIPACT study, which consists of more than 6,700 participants, includes 18 percent of participants aged 65 or older, 17 percent Black participants, and 17 percent Asian participants.

For the study, participants wore their Apple watch for almost 90 percent of the study days for an average of 15.5 hours each day. University of Michigan researchers found that individuals 65 and older had significantly lower resting and walking heart rates, women had resting heart rates on average three beats per minute higher than men, and Black participants had the highest heart rates and white participants had the lowest. They also found activity levels to vary by race, ethnicity, and underlying health conditions.

NYU, Brown University, and Moi University in Kenya have partnered in a data-science training program to improve health outcomes across Africa, according to NYU. The NYU-Moi Data Science for Social Determinants Training Program (DSSD) aims to equip leaders in data science to support the improvement of health outcomes through SDoH data collection and analysis.

The multi-institution project was chosen as one of 19 initiatives funded by The National Institutes of Health (NIH) under its new Harnessing Data Science for Health Discovery and Innovation in Africa (DS-I Africa) program. NIH awarded the program $1.7 million in funding.

“To develop best practices in treatment and analytics for health outcomes, social determinants must be part of the data mix because they provide context on broader forces impinging on the health both of individuals and for communities. I want to thank the NIH for their acknowledgment of this," said DSSD principal investigator Rumi Chunara, associate professor of computer science and engineering and biostatistics, NYU Tandon School of Engineering and NYU School of Global Public Health, in the announcement. "Besides advancing local efforts in Kenya in data science and health, we also envision our program will augment global knowledge on data science practices.”

Identifying and addressing SDoH among cancer patients can increase survival rates and close gaps among Black and white patients, according to a new study shared by researchers at the American Society for Radiation Oncology (ASTRO) Annual Meeting this week.

In the Accountability for Cancer Care through Undoing Racism and Equity (ACCURE) study, researchers aimed to address obstacles that interfered with cancer treatment completion and survival among Black and white patients. "Thousands of studies have looked at racial disparities in health care, but until recently, very few studies have implemented interventions to eliminate those disparities," said Matthew A. Manning, M.D., lead author, radiation oncologist and chief of oncology, Cone Health, in the statement. "This study shows that it can be done."

Researchers compared five-year survival rates for 1,413 patients with cancer who were treated after the ACCURE intervention began with 2,016 patients treated prior to the new care model.

"Historically, Black and white patients had different survival rates after treatment, but that difference disappeared," said Dr. Manning. "We are now able to say that this intervention eliminated disparities in overall survival."