SDoH in the news: The impacts of COVID-19 one year later; NIH to address COVID testing disparities in vulnerable communities; and more 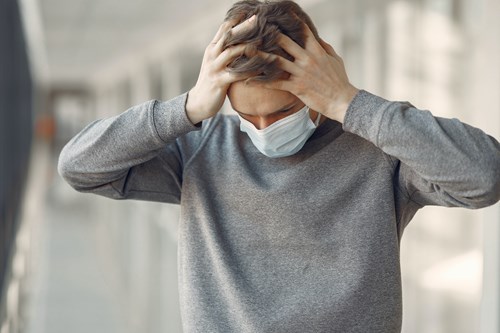 Hardships continue one year into the pandemic

The COVID-19 pandemic has impacted Americans nationwide, and while vaccine rollouts increase across the country, individuals and families continue to struggle with varying outcomes from the past year. The pandemic has exacerbated SDoH and health disparities, particularly in communities of color, causing hardships such as financial distress, unemployment, social isolation, and food insecurity.

In a recent analysis of The U.S. Census Bureau’s Household Pulse Survey, Kaiser Family  (KFF) underscored the hardships adults experience one year into the pandemic. Key findings include:

KFF also noted the disproportionate impact of the pandemic on communities of color, as Black and Hispanic adults were found to struggle the most in almost all measures:

While COVID tests have become readily available to many people, those in underserved communities and communities of color still struggle with access to tests. To address these disparities, the U.S. National Institutes of Health's (NIH) Rapid Acceleration of Diagnostics Underserved Populations (RADx-UP) has launched an initiative to fund projects striving to increase access to testing and fill health care gaps throughout vulnerable communities, according to a recent Modern Healthcare article. The RADx-UP program, which falls within NIH’s larger program, RADx, will reveal COVID testing patterns, strengthen health disparities data, and assist health officials in the development of strategies to increase testing, according to Monica Webb Hooper, deputy director of NIH's National Institute on Minority Health and Health disparities.

The RADx-UP program has already funded millions of dollars to organizations expanding COVID-19 testing for vulnerable populations, including a California program addressing COVID testing in underserved and vulnerable communities throughout San Diego; a project at Washington State University aiming to further testing in Native American communities; as well as a project led by University of Utah researchers, SCALE-UP Utah, which is exploring clinic and population health management interventions to increase different forms of testing and examine effectiveness.

Produce food vouchers have the greatest impact on dietary improvements among urban low-income populations, according to a recent study published by JAMA Network Open. While cities across the United States have implemented produce vouchers, there have been varied outcomes of fruit and vegetable intake across different populations and environments. To better understand these outcomes, researchers compared community-based produce voucher programs in Los Angeles and San Francisco.

The study consisted of 671 adults who were given $20 each month in produce vouchers for six months which they could redeem in neighborhood grocery stores and corner stores. At the end of the six-month programs, researchers found produce intake increased by .22 cups-equivalent of fruits and vegetables among participants.

Interestingly, Los Angeles saw a higher increase in fruit and vegetable intake among participants than San Francisco (.64 cups-equivalent versus .10 cups-equivalent) despite having fewer stores that accepted the produce vouchers (5 stores in Los Angeles versus 29 stores in San Francisco). Researchers attribute the discrepancy to the lower income of the Los Angeles population, noting those with higher income typically purchase their produce prior to receiving their vouchers and then use the food vouchers as a replacement for other out-of-pocket costs. Whereas lower income individuals tend to do the opposite by increasing the quantity of fruits and vegetables they purchase using the vouchers to supplement out-of-pocket costs.

“As funders across the US consider supporting voucher programs, our data suggest that ensuring program benefits reach the lowest-income populations may be associated with higher per dollar outcomes on fruit and vegetable consumption,” wrote the researchers. “There appears to be heterogeneity even among the low-income populations that qualify for voucher programs. Programs often target a full subgroup of people below a given income threshold, but our findings would suggest disproportionate targeting for those with the lowest incomes.”