SDoH in the news: San Francisco launches abstinence-based program for adults in justice system; Stress due to SDoH found to increase risk of heart disease; and more 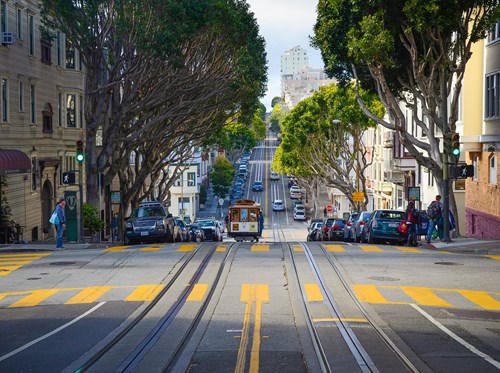 San Francisco has launched a sober, abstinence-based pilot program for adult males in the justice system seeking a highly structured environment throughout their recovery, according to a recent announcement from the San Francisco Office of the Mayor. The Treatment, Recovery, and Prevention (TRP) program, in partnership with the Adult Probation Department and a local nonprofit, Positive Direction Equals Change, will serve as an alternative sentencing strategy for 86 formerly incarcerated males and will provide substance use counseling, career and leadership development, and transitional housing.

TRP participants will partake in a six-month Therapeutic Teaching Community (TCC) program to gain life skills, coping mechanisms for abstinence from drugs, leadership development, and vocational and career training. After completing the TCC program, participants are eligible for transitional housing for up to two years.

“We are excited to see a residential therapeutic community open today that will give people with drug addictions alternatives to going to prison,” said San Francisco Board Supervisor Ahsha Safaí, in the announcement. “An abstinence drug free environment that is peer led has been missing in San Francisco and what better way than to have former addicts leading current ones to turn their lives around in a true community environment. The failed crime policies of the 80’s and 90’s have shown us that we can’t incarcerate our way out of this drug crisis so this new community can be a viable solution on how to permanently change the lives of the addicted through mentorship and teaching from staff that have transformed their lives themselves.”

Extreme heat and hazardous weather conditions disproportionately impact low-income individuals and communities of color due to social inequities and structural discrimination, according to a recent analysis from Kaiser Family Foundation.

The research, which evaluates a collection of previous study data, from 2005 to 2015, the rates of emergency department visits for heat-related illnesses increased 67 percent for Black Americans, 63 percent for Hispanic people, 53 percent for Asian Americans, and 27 percent for white people. Between 2004 and 2018, American Indian and Alaska Native people had the highest rates of heat-related death, followed by Black people.

Residential segregation from policies including redlining, which pushed many low-income people and people of color into urban areas with limited resources, plays a critical role in the underlying disparities, according to KFF. It caused people of color to experience environmental health risks, including increased exposure to pollution, hazardous waste, and urban heat. Research has also found land surface temperatures to be warmer in the redlined areas, noted KFF.

People of color have also been found to be disproportionately exposed to extreme heat through occupations such as agriculture. Further, many low-income individuals struggle to pay to cool their homes.

The Office will aim to protect vulnerable communities that are disproportionately impacted by pollution and climate-driven disasters, such as drought and wildfires, and face harmful health outcomes due to the conditions.

“The stress hormones norepinephrine, epinephrine, dopamine and cortisol can increase with stress from life events, work, relationships, finances and more. And we confirmed that stress is a key factor contributing to the risk of hypertension and cardiovascular events,” said study author Kosuke Inoue, M.D., Ph.D., assistant professor of social epidemiology, Kyoto University in Kyoto, Japan, who is also affiliated with the department of epidemiology at the Fielding School of Public Health at the University of California.

Researchers analyzed the data of study subjects from the MESA Stress 1 study, a substudy of the Multi-Ethnic Study of Atherosclerosis (MESA), a large study of more than 6,000 men and women across the U.S. For the MESA Stress 1 Study, which was conducted between July 2004 and October 2006 and included white, Black, and Hispanic adults with normal blood pressure, researchers analyzed participants’ levels of stress hormones including norepinephrine, epinephrine, dopamine, and cortisol through urinalysis. Participants were studied for three additional visits between September 2005 and June 2018 to evaluate development of hypertension and cardiovascular events such as chest pain, the need for artery-opening procedures, or heart attack or stroke.

The study found individuals who had high levels of stress hormones were more likely to develop high blood pressure within six to seven years. Further, in follow-ups past the 11-year mark, researchers found a 90 percent increased risk of cardiovascular events when cortisol levels doubled.