SDoH in the news amid COVID-19: Loneliness rates double in adults; communities of color suffer disproportionate financial strain; and more

RISE looks at recent headlines concerning social determinants of health (SDoH), including the impact of COVID-19 on Latino, Black, and Native American communities. 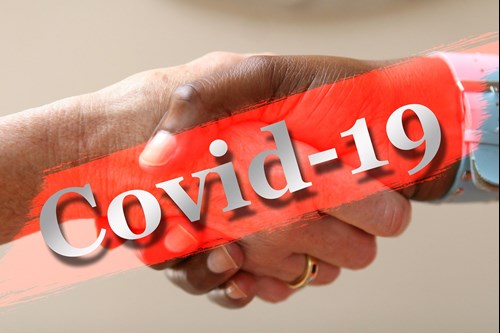 Staggering rate of loneliness discovered during onset of COVID-19

Loneliness among adults over the age of 50 has doubled since COVID-19 hit, according to The University of Michigan National Poll on Healthy Aging (NPHA).The recent poll asked a national sample of U.S. adults ages 50-80 about lack of companionship and isolation, which they identify as loneliness, as well as social interactions and health behaviors between March and June 2020. The findings were then compared to a similar NPHA survey conducted in October 2018. Here’s a breakdown of their key findings:

NPR recently published a poll, conducted by the Robert Wood Johnson Foundation and the Harvard T.H. Chan School of Public Health, which examined the financial implications on Latino, Black, and Native American households during the pandemic. The poll, which was conducted between July 1 to Aug. 3, surveyed people in households across the four largest U.S. cities: Chicago, Houston, Los Angeles, and New York City.

As the COVID-19 pandemic continues to disproportionately impact vulnerable communities, it’s also taking a significant toll on Latino health care workers, with one nurse sharing the life-changing events of the last six months is unlike anything she’s seen throughout her 20 year career, according to ABC News.  But the essential workers have no choice but to fight through the burnout, fear, and exhaustion as their community is devastated by the virus, with a recent survey from the Centers for Disease Control and Prevention (CDC) finding Latinos to be 2.8 times more likely to be diagnosed with COVID-19 and 4.6 times more likely to be hospitalized due to the virus.

The Kaiser Family Foundation (KFF) recently shared an analysis of patient data to explore the racial disparities in COVID-19. Using the data collected in the Epic health record system, KFF examines testing, infection, hospitalization, and death by race and ethnicity. The analysis found the disproportionate impacts of COVID-19 on people of color, including higher rates of hospitalization and death due to the virus, to persist after controlling for sociodemographic characteristics as well as underlying health conditions. Key findings from the analysis include:

Racial disparities also found in flu vaccination, cause for concern for COVID-19 vaccination

Due to the disproportionate impacts of COVID-19 on communities of color, COVID-19 vaccination is especially critical for people of color, however, seasonal flu vaccination rates show persistent gaps and racial disparities among adults, according to another Kaiser Family Foundation (KFF) report.

KFF recently examined seasonal flu vaccination data from the CDC to better understand these gaps and racial disparities. Among its findings: During the 2018-2019 flu season, less than four in 10 Black (39 percent), Hispanic (37 percent), and American Indian or Alaska native (38 percent) adults were vaccinated, versus nearly half of white adults (49 percent). KFF associates the lower vaccination rates among adults of color partly to data that shows people of color are more likely to be uninsured, as well as being due to distrust, safety concerns, and experiences with discrimination and other factors. The racial disparities in flu vaccination emphasizes the barriers that will interfere with COVID-19 vaccinations in communities of color.