A new report from the U.S. Department of Health and Human Services’ Office of Inspector General (OIG) raises concerns that Medicare Advantage (MA) plans may use chart reviews to inflate risk adjustment payments from the Centers for Medicare & Medicaid Services (CMS). But the OIG’s methodology and findings don’t add up, according to Sean Creighton, managing director, Avalere, and chair of the RISE Risk Adjustment Policy Advisory Committee.

The OIG conducted the investigation over concerns that MA organizations may use chart reviews to increase risk adjustment payments inappropriately.

The agency reviewed 2016 MA encounter data for diagnoses only reported on chart reviews and found that in 99 percent of the cases, MA plans used chart reviews as a tool to add, rather than to delete diagnoses such as cancer, diabetes, and heart disease. 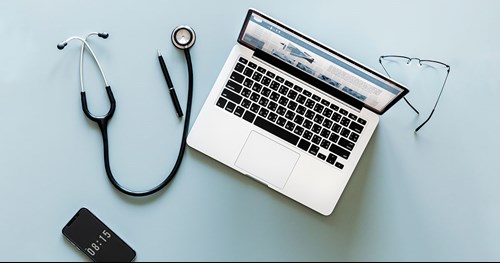 Although limited to a small number of patients, the OIG said that almost half of the MA organizations reviewed received payments from unlinked chart reviews where there was not a single record of service provided to the beneficiary in 2016.  The findings, the OIG reported, raise potential concerns about the completeness of payment data submitted to CMS, the validity of diagnoses on chart reviews, and the quality of care provided to beneficiaries.

OIG called on CMS to provide oversight of organizations that received payments resulting from unlinked chart reviews, conduct audits to validate diagnoses reported on chart reviews, and reassess the risks and benefits of allowing unlinked chart reviews to be used as sources of diagnoses for risk adjustment  Although CMS agreed with the recommendations, it said the $6.7 billion estimate in risk adjustment payments was inaccurate because the OIG only used encounter data and did not apply CMS’ blended calculation using the Risk Adjustment Payment System (RAPS) data.

But Sean Creighton, managing director, Avalere, and chair of the RISE Risk Adjustment Policy Advisory Committee, objects to the OIG’s implication that there are errors in payment when chart review data isn’t linked to a claim or service. And the fact that even CMS notes that the payment estimate is incorrect is just one of the reasons.

“This contention is not supported by the facts, the OIG methodology, or the findings,” he said.

CMS policy permits the use of the unlinked chart reviews for submission of diagnostic data for many reasons, including limitation to claims formats, according to Creighton. In addition, unlinked chart review is subject to audit and is part of the risk adjustment data validation (RADV) protocol even if it is not separately calculated. RADV is done at the condition level not the claim or diagnosis level, he said.

Creighton also argues that there is no evidence presented in the OIG report that the diagnoses were not supported by a chart. “If anything, the use of a chart to determine the diagnosis code makes it that much more likely it is supportable,” he said. “Chart reviews typically undergo at least one round of coding by a qualified medical coder and, often, several rounds of validation. This can be contrasted to claims data where the diagnosis on the claim is rarely reviewed, particularly on outpatient and physician claims.”

The OIG also made no attempt to determine whether these diagnoses were submitted on a RAPS record, he noted. “This is important because the plans are required to keep source data supporting RAPS submissions. CMS has accepted RAPS data which have no information on linking as the basis of risk scoring since the year 2000,” Creighton said.

Another issue: OIG ignored system problems that have plagued the encounter data system, according to Creighton.  For example, CMS has reissued the MAO-004 reports showing what encounter data has been accepted into the CMS system for risk adjustment multiple times for 2016 (the latest reissue was in January 2019).  CMS relaxed system edits because of these problems. “It’s likely that plans are using the unlinked chart review approach because CMS has had problems telling them if their data are acceptable for risk adjustment.

Creighton looked deeper at the methodology that the OIG used and found that the number of beneficiaries with an unlinked chart review and no service is only 4,000–less than 0.02% of all enrollees in MA plans. This indicates that the problem involves plans’ ability to link already submitted and accepted Encounter Data System (EDS) data to claims rather than serve as evidence that services were not provided, he said.

For 2017, nearly half of the MA organizations reviewed (218 of 426) deleted diagnoses as part of the chart review process, according to Creighton. This indicates that plans take risk adjustment accuracy seriously, he said.

There also was no mention of the need for a Fee-For-Service (FFS) adjuster to account for errors in the risk model.  “This is important,” Creighton said, “because the FFS adjuster provided a threshold for error that exists in the CMS-HCC model.  Even if one were to accept that every unlinked claim was in error, the $6.8 billion would not exceed the level of the FFS adjuster (~16B),” he said.

Kevin Mowll, executive director of the RISE Association, said he also was baffled as to why the OIG ignored two important facts: there is a statutory reduction in annual MA capitation for FFS coding (5.9 percent) and there is no further allowance in the CMS RADV audits for the “expected coding error rate” using some statistical measure of variation from the mean.

“The whole idea that the OIG seems to pursue is a zero-error tolerance, in the face of the fact that diagnostic coding accuracy in the secular FFS world is notoriously lousy,” Mowll said. “Yet they purport that MA plans are overpaid when they employ this standard.  Further, when you examine the CMS bid process, you understand that MA plans overwhelmingly bid below the FFS benchmark, i.e., the cost to Medicare for Parts A and B claims. When the Stars bonuses are calculated, the most the MA plans can get back is 70 percent of the amount they come under the benchmark.”

“Taking into account the statutory annual reduction in the Affordable Care Act legislation plus the CMS bid mechanisms, they should completely revamp their whole calculation of ‘overpayment,’” Mowll added.