The Commonwealth Fund recently explored the quality of health coverage for U.S. working-age adults in the first half of 2020. Among the findings: Two in five adults do not have stable health coverage. 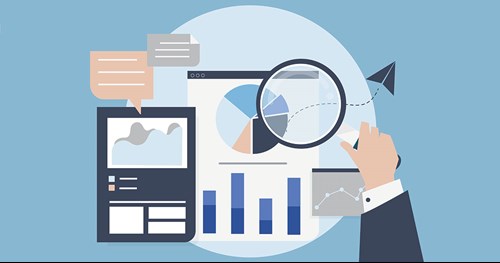 The Commonwealth Fund recently conducted its latest Biennial Health Insurance Survey for a close look at American’s health insurance coverage among working-age Americans between January and June 2020. Researchers interviewed 4,272 adults ages 19 to 64 about their health insurance coverage. The survey, which is the latest study from Commonwealth Fund’s Biennial Health Insurance Survey series since 2001, explored the quality, extent, and affordability of coverage using three measures: whether people have insurance; whether those with insurance experienced a gap in coverage in the prior year; and whether high out-of-pocket costs and deductibles cause them to be underinsured, despite having continuous coverage throughout the year. 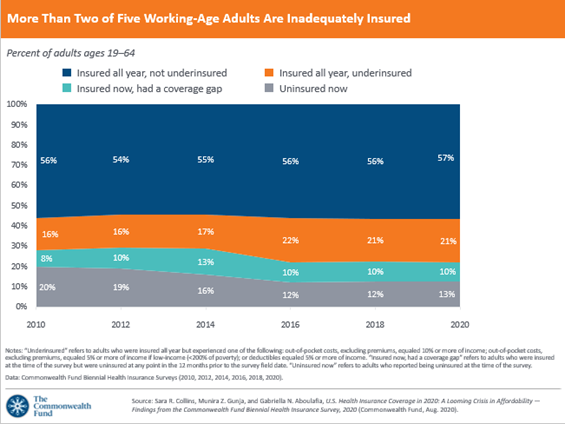 Although there was no significant change in coverage inadequacy from the months leading up to the onset of coronavirus in the U.S. and the months that followed, the ongoing economic impacts of COVID-19 may influence American’s ability to afford coverage in the future. In fact, researchers said the survey confirmed a continuing vulnerability exists in the ability of working-age adults to afford coverage and health care, which is likely to worsen amid the “economic downturn” of COVID-19.

“This survey examined Americans’ health insurance as our country slid into the worst public health and economic crisis in generations. What we found is troubling,” said David Blumenthal, M.D., president, The Commonwealth Fund, in a recent announcement about the survey. “Even before the pandemic, people were struggling with inadequate health coverage and mounting medical debt. It has never been more important to ensure that all U.S. residents have affordable, comprehensive coverage to survive this pandemic and beyond.”

Other key survey findings from the report: 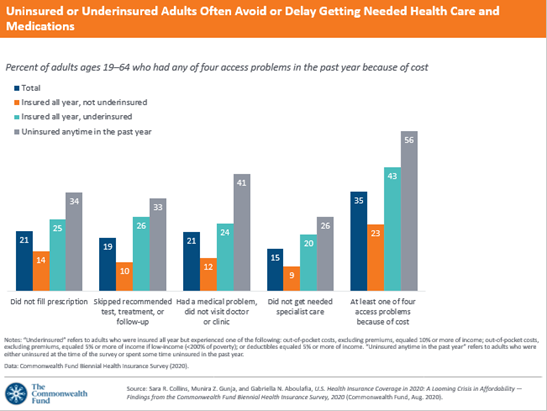 The U.S. entered the COVID-19 pandemic with 30 million uninsured people and more than 40 million underinsured, and both numbers are expected to rise this year, according to study researchers, noting the Congressional Budget Office’s projections that the U.S. economy will contract by more than 5 percent in 2020 and 25 million fewer people will be working in the third quarter of 2020 in comparison to the end of 2019. “Coverage insecurity will leave people with mounting medical debt, as well as significant financial barriers to getting the health care they need to survive the pandemic and lead healthy and productive lives,” said study researchers.

Researchers underscored the need for federal and state level policies to move the nation toward universal and comprehensive coverage to provide relief to U.S. families. Although a single payer or “Medicare for All” approach is one path, they said the following steps may be more practical: