Medical economist J.D. Kleinke will discuss inflation and its impact on health care at the upcoming Risk Adjustment Forum

The medical economist, book author, and former health care executive will kick off the first day of the main conference with a presentation that addresses the economic impact on health care and risk adjustment. 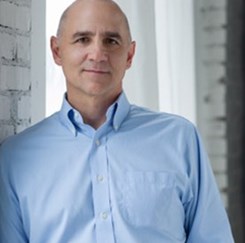 J.D. Kleinke, a medical economist, author of three books on the structure of the U.S. health care system, and a former health care executive with experience in risk adjustment, will present the opening keynote address at the Risk Adjustment Forum in Scottsdale, Arizona.

His keynote will reflect the topic that is on every American’s mind right now—skyrocketing inflation.

“This is one of those really rare cases where the national headlines are our headlines,” Kleinke told RISE in a recent interview. “In health care, we usually have our own problems or it’s the ACA [Affordable Care Act] and the whole rest of the country is worried about something else. But right now, the top story in the country is the story that is going to be the top story in health care. If I am running a hospital right now, the thing I am most worried about is inflation.”

Indeed, overall inflation is at its highest in 40 years and health care is beginning to feel the pinch. The latest Bureau of Labor Statistics report reveals medical services prices in September rose 6.5 percent compared to a year ago. And a Kaiser Family Foundation July analysis of marketplace insurers’ early rate filings in 13 states and the District of Columbia found that they are seeking as much as a 10 percent premium increase due to rising prices paid to hospitals, doctors, and drug companies as well as increased use of services by enrollees. Some are seeking rate hikes of 20 percent.

The number one problem facing hospitals right now is a labor shortage, said Kleinke, which means organizations will pay higher wages to attract health care workers, especially nurses. And for health insurers, a third of all their costs come from hospitals. The inflation rate in the United States is currently at 8.2 percent, which Kleinke said, sounds horrible because normal growth is typically four percent. “That’s been the rule forever, but I grew up in the 70s and I’m sure there will be people in the audience who will remember what inflation used to be…My parents’ mortgage was 18 percent, so we did live through that as a country.”

Other factors that have an economic impact on the health care sector: Health care wages have been depressed and employers have been diverting wage income into benefits, the national minimum wage hasn’t changed in years, and prices are growing for the cost of everything—housing, food, gas, and oil. This is on top of people who delayed preventive care screenings like colonoscopies and mammograms for the last two years during COVID and are now returning for care and finding they now have a serious medical condition and need more expensive treatment.

Fortunately, the job market is booming—there is just not enough people to do the work. “When everybody’s hiring, that tends to fix the problem because it means that everybody who wants to work can work and get money. While negotiating higher prices or negotiating higher wages adds to price pressure and inflation, on the other hand it means there’s a lot of people out there with money. Right now, there are people who have more money than they did have a year ago and that’s good news for the economy.”

Kleinke was one of the pioneers of the health care informatics industry. In the 1990s, he was a principal architect in the creation and rapid growth of HCIA/Solucient–now Truven Health Analytics–from a niche health care data analysis firm to a leading provider of information products to health care organizations across the U.S. and Europe. He also helped establish HealthGrades, which he served as executive vice chairman of the board when it was a public company.

He is also a member of the editorial board of Health Affairs, a frequent contributor to The Wall Street Journal, and a resident scholar in health policy at the American Enterprise Institute. His books include Bleeding Edge: The Business of Health Care in the New Century and Oxymorons: The Myth of a US Health Care System, both of which are used in health care management graduate education; and the critically acclaimed Catching Babies, a novel about the training and culture of OB/GYNs, which is currently in development as a television series by Warners Bros TV and ABC.

The Risk Adjustment Forum will take place November 29-30, with preconference workshops on November 28, at the Fairmont Scottsdale Princess in Scottsdale, Arizona. Kleinke will present his keynote Tuesday, November 29 at 9:10 a.m. Click here for the full agenda, list of speakers, and how to register.