The new Kaiser Family Foundation (KFF) analysis examines how many seniors compared different health plans during the 2018 Medicare open enrollment period for coverage in 2019 (the most recent year available). 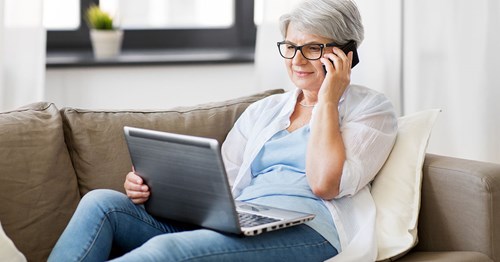 Not many seniors took advantage of the 2018 open enrollment period to consider their different coverage options and how much it would cost them. Indeed, only 29 percent of Medicare beneficiaries reportedly compared Medicare plans, according to new research from KFF.

KFF analysts used the 2019 Medicare Current Beneficiary Survey (the most recent year available), to examine the share of beneficiaries who compared plans during the 2018 open enrollment period for 2019 coverage, the share who compared drug coverage in Medicare Advantage (MA) and stand-alone drug plans, and variation by demographic characteristics.

The study findings were released on Wednesday, two days before the start of Medicare open enrollment (Oct. 15 to Dec. 7) for 2022 coverage. During open enrollment, Medicare beneficiaries with traditional Medicare can compare and switch Medicare Part D stand-alone drug plans or join a MA plan. Enrollees in MA plans can use the time to compare and switch MA plans or choose coverage under traditional Medicare with or without a stand-alone drug. This year, seniors will have plenty of choices. The average Medicare beneficiary can choose among 33 MA plans and 30 Part D stand-alone prescription drug plans, KFF reported.

The Centers for Medicare & Medicaid Services (CMS) advises seniors to review their coverage options each year because benefits and costs vary widely among MA plans and Part D prescription drug plans. Furthermore, plans can change from one year to the next, which could lead to unexpected and avoidable costs, and disruptions in care, KFF analysts said. For example, changes within the plan’s provider network could mean beneficiaries lose access to their preferred doctors. Changes in the plan’s list of covered drugs and cost-sharing requirements could result in higher out-of-pocket drug costs.

Key findings from the study