New research related to social determinants of health (SDoH) shows that mental, behavioral, and neurodevelopmental issues are the most common reasons for hospitalization among patients struggling with housing insecurity. 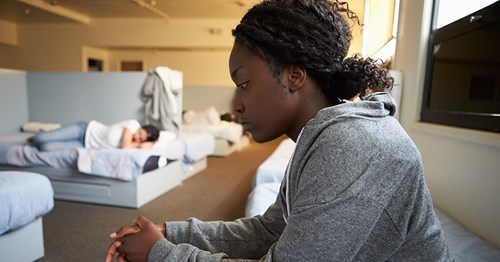 Housing insecurity, captured by SDoH-related Z-codes, has been associated with a higher rate of hospitalization due to mental health issues, according to a study published by JAMA Network Open. The study, conducted by a team of researchers from the University of Michigan Institute for Healthcare Policy and Innovation, used 2017-2019 data from the National Inpatient Sample, which includes data from 20 percent of all general hospitalizations.

Researchers found significant differences in the most common reasons for hospitalization among patients coded with housing insecurity compared to those with stable housing:

The findings underscore the need for collaborative efforts across the health system to address housing insecurity and mental health issues, noted researchers. “This association, however, is likely the tip of the iceberg and requires attention and cooperation from multiple sectors to improve screening, deepen understanding of the housing and health care utilization linkage by diagnosis, and develop effective interventions,” wrote study authors. “These findings suggest that multisector efforts aimed at improving housing instability, mental and behavioral health services, and efficient utilization of inpatient hospital services may find opportunities for synergistic collaboration.”