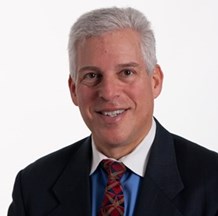 “Secret shoppers” may hold the key to improve quality and increase evidence-based screening for primary prevention.

That is one of the takeaways from a two-year pilot program at Horizon Blue Cross Blue Shield of New Jersey (BCBSNJ) which used trained actors to pose as patients to evaluate the care that physicians gave in the insurer’s value-based care program. The research was led by Saul Weiner, M.D., and Alan Schwartz, Ph.D., founders and principals of the Institute for Practice and Provider Performance Improvement (I3PI) and funded by a grant from the Robert Wood Johnson Foundation.

Peskin thought the biggest hurdle would be getting physicians to agree to take part in the program, but he was pleasantly surprised by their interest.

“They were really open and receptive to it,” said Peskin, who will present a case study about the program at the upcoming 9th annual HEDIS® & Quality Improvement Summit in Miami, Oct. 23-25, at the Lowes Miami Beach Hotel. When we were recruiting for participation, I was quite concerned we might have to do arm twisting because it’s disarming to have a fake patient, a spy come in to your office. But we had more physicians raise their hands than we had slots available.” 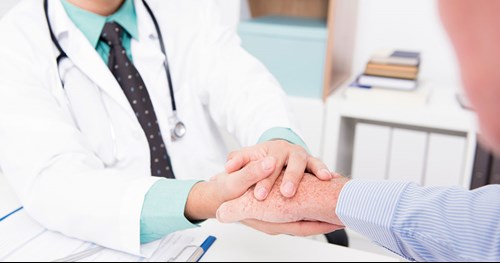 Although nearly 60 physicians and nurse practitioners agreed to participate in the program, they had no idea who the USPs were or when they arrived at the office. The USPs presented themselves as real patients and audio recorded the visits. Researchers then reviewed the recordings as well as the doctor notes from the patients’ medical records.

Researchers focused on conditions that contribute to rising health care costs, including diabetes, cancer care, asthma, back pain, and depression. They used evidence-based standards to develop a checklist that physicians were to follow.

The USPs had four visits with each of the participating physicians: two base line visits and two post-intervention visits. Later the researchers scheduled phone calls with the physicians and nurse practitioners to review the findings and identify opportunities for improvement.

Physician behaviors improved in several areas after they received feedback from the secret shopper study.

Horizon’s goal was for physicians to follow evidence-based management of non-cancer chronic pain and reduce opioid prescriptions. Doctors were to provide patients with education about the dangers of opioids and prescribe non-opioid alternatives or physical therapy. Participating physicians initially followed the recommendations 74 percent of the time. With feedback, adherence to the recommendations increased to 84 percent.

Physicians are also encouraged to follow evidence-based recommendations and advise patients to quit smoking and discuss cessation strategies and medications. Prior to the intervention, physicians followed the recommendations 24 percent of the time. Post-intervention, adherence increased to 57 percent.

This was an area that didn’t show significant improvement. Indeed, prior to the pilot, physicians identified the reasons the patient didn’t take his or her diabetes medication 59 percent of the time. After the pilot, that figure remained 59 percent.  Providers are also to address barriers to adherence in the care plan. Before the pilot, they did so 51 percent of the time, and after feedback, it dropped to 49 percent.

Horizon’s goal was for providers to address patient misconceptions about cancer screenings. Prior to the pilot, physicians recommended screenings 39 percent of the time. Post-intervention that figure dropped to 35 percent, but there was a slight improvement in getting providers to identify the reason the patient was resistant to cancer screening. Prior to the pilot, they did so 27 percent of the time. After the pilot, it increased to 29 percent.

But the most powerful outcome, Peskin said, is that not only did researchers directly observe better care post-intervention, they also saw improvements in the total care for all patients—not just with the secret shoppers.

Peskin believes the secret shopper project has the potential to improve the patient experience and patient safety, and close gaps in care. The results can be far more powerful than what health care organizations usually get from patient surveys.

“We did it in primary care, but it could be applied in urology, cardiology, and other domains,” he said.