Xavier Becerra was narrowly confirmed as secretary of the Department of Health and Human Services (HHS) on Thursday but health care organizations across the country applauded the move. 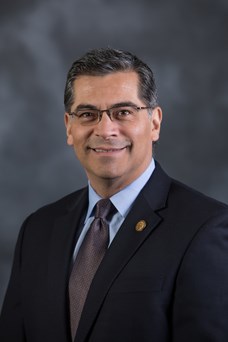 Becerra, the attorney general of California who has led the defense of the Affordable Care Act in the Supreme Court, was confirmed by the Senate on Thursday by a 50-49 vote. The vote was mainly across party lines, with Senator Susan Collins (R-Maine) the only Republican to vote in favor of his confirmation. Senator Mazie Hirono (D-Hawaii) did not vote.

RELATED: In Becerra, an HHS nominee with political skill but no front-line health experience

But health care leaders were universal in their congratulations for Becerra. Allyson Y. Schwartz, a former congresswoman and the CEO of the Better Medicare Alliance, said in a statement that Becerra has supported Medicare Advantage (MA) and during his confirmation hearing praised the wraparound programs that enhance care for MA beneficiaries.

Margaret A. Murray, CEO of the Association for Community Affiliated Plans (ACAP), also issued a statement praising Becerra as ”unequivocally qualified to run HHS” and a “longtime supporter of equitable access to comprehensive, affordable health coverage and care.”

“ACAP and our Safety Net Health Plan members stand ready to help Secretary Becerra address the multitude of health care issues currently facing the American public—from the COVID-19 pandemic, to all-too-frequent churn within the Medicaid program, unacceptable racial disparities in health care access and quality, and the loosening of ACA rules that had protected consumers from harmful junk insurance plans,” she said.

The Alliance of Community Health Plans (ACHP) described Becerra as a “tireless advocate for the Affordable Care Act and ensuring access to high-quality coverage and care for all Americans. “His leadership,” the organization said, “will help secure a stable and effective individual market, address inequities in our health care system, and turn the tide of the COVID-19 pandemic.”

Other organizations issuing statements of support and congratulations include America's Essential Hospitals, the American Medical Association, and the American Association of Nurse Practitioners. The American Hospital Association previously indicated support for his nomination as HHS secretary in a February letter to Senators Patty Murray and Richard Burr.