A federal judge on Monday ruled that the Centers for Medicare & Medicaid Services (CMS) doesn’t have the authority to enforce a vaccine mandate of staff at Medicare and Medicaid-certified facilities in 10 states. 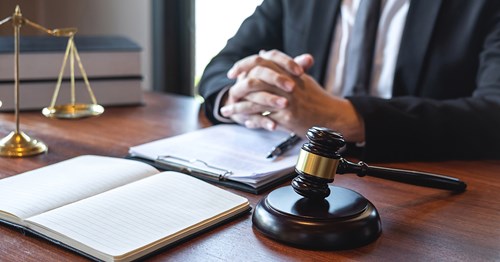 Judge Matthew T. Schelp of the U.S. District Court in the Eastern District of Missouri granted a preliminary injunction against the Biden administration to stop mandated COVID-19 vaccinations for workers at CMS facilities in 10 states. The order came a week before the deadline for staff to get their first shot.

The case centered on CMS’ interim final rule issued on November 5 that revised the requirements that most Medicare- and Medicaid-certified providers and suppliers must meet to participate in the Medicare and Medicaid programs. The revision mandated that nearly every employee, volunteer, and third-party contractor working at health care facilities to be vaccinated against COVID. Those facilities include ambulatory surgical centers, hospices, psychiatric residential treatment facilities, hospitals, long-term care facilities, home health agencies, and critical care hospitals. The mandate required staff to have their first dose of the vaccine by December 6 and second dose by January 4.

“CMS knows that everyone working in health care wants to do what is best to keep their patients safe. Yet, unvaccinated staff pose both a direct and indirect threat to the very patients that they serve. Vaccines are a crucial scientific tool in preserving and restoring efficient operations across the nation’s health care system while protecting individuals,” CMS said in an announcement about the mandate. “This new requirement presents an opportunity to continue driving down COVID-19 infections, stabilize the nation’s health care system, and ensure safety for anyone seeking care.”

In the 32-page ruling, Judge Schelp wrote that Congress didn’t grant CMS the authority to mandate the vaccine. The “impact of this mandate reaches far beyond COVID,” he said. “CMS seeks to overtake an area of traditional state authority by imposing an unprecedented demand to federally dictate the private medical decisions of millions of Americans. Such action challenges traditional notions of federalism.”

Schmitt said the preliminary injunction was a “huge victory for health care workers in Missouri and across the country, including rural hospitals who were facing near certain collapse due to this mandate.”

During a briefing on Monday, White House Press Secretary Jen Psaki said that the administration will “abide by the law and and fight any efforts in court or otherwise to prevent local authorities, officials, leaders in the health care industry and other industries from protecting their workforces.” She said that individual companies and health care leaders can also mandate vaccinations of their workforces. “That’s something that a number of companies, a number of health care providers across the country have done and done successfully,” she said.