A United States District Court won’t reconsider its decision to invalidate the Medicare Advantage (MA) 2014 Overpayment Rule. RISE Association Executive Director Kevin Mowll weighs in on what this may mean for CMS’ plans for the FFS adjuster in the RADV process, extrapolation of data, and annual audits. 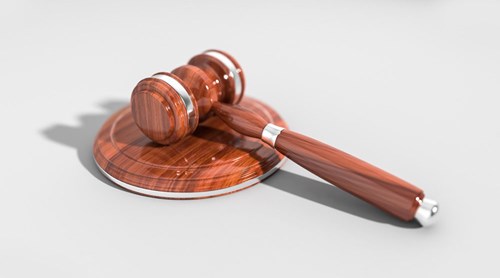 A federal court in late January denied a motion to reconsider its prevision decision to vacate a 2014 Centers for Medicare & Medicaid Services (CMS) final rule that required MA payers to report and return overpayments.

In her most recent ruling, U.S. District Judge Rosemary M. Collyer denied the government’s motion to partially reconsider her September 2018 decision in which she tossed out the rule, noting that it violated federal law of “actuarial equivalence” between CMS payments for health coverage under MA plans and CMS payments under traditional Medicare.

The case dates to 2016 when UnitedHealth challenged the rule, arguing that it was fundamentally unfair because the documentation that the government used to set rates to pay insurers was inconsistent with the documentation it used to determine if they overpaid them. Collyer ultimately sided with UnitedHealth, handing a major victory to MA insurers even though payers must still comply with the Affordable Care Act requirement to report and return any overpayment “after reconciliation” within 60 days after the date on which the overpayment was identified.

The Department of Health & Human Services (HHS) didn’t ask Collyer to reinstate the rule but did ask her to narrow her decision based on what it says is new evidence that wasn’t previously before the court. Weeks after Collyer’s September 2018 ruling, HHS said that CMS finalized a study about the fee-for-service (FFS) adjuster that found, as an empirical matter, diagnosis error in FFS claims data doesn’t lead to systematic payment error in the MA program. HHS contended that the study findings call into question the court’s own findings regarding the “inevitable” consequences of a data mismatch between audited and unaudited records. HHS asked Collyer to reconsider her opinion and reserve a decision on the necessity of the FFS adjuster until CMS has a chance to further investigate the issue through regular rulemaking process.

But Collyer said in her recent ruling that the data that underlies the FFS adjuster analysis isn’t new evidence. It has long been in CMS’ possession but wasn’t litigated and it also wasn’t persuasive.

Implications of the latest ruling

It’s possible that the court case isn’t over, as HHS could appeal it. But Kevin Mowll, executive director of the RISE Association, said the years-long court case has arrived at an important stage and has implications for MA organizations (MAO).

In essence, the court overturned the CMS regulation that paved the way for Risk Adjustment Data Validation (RADV) extrapolation and refused to allow CMS to narrow the impact of the negation based upon its research study involving the FFS adjuster.

“This decision is important because CMS appears to have exhausted its legal reasoning that would allow them to move forward with recent changes just to the regulations without the benefit of any changes to the actual legislation that governs how risk adjustment is done. This means that it may be some time before CMS will succeed in overcoming these legal obstacles and implement extrapolation as it planned,” he said.

At the heart of the issue, Mowll said, is the legal requirement that CMS administer risk adjustment in a manner that is actuarially equivalent between FFS Medicare and MA. The coefficients derived from FFS Medicare are ones that apply to the MA risk adjustment program. However, when CMS performs an RADV audit, it determines the error rate based upon MA data that has been audited using chart data. The agency doesn’t conduct a similar audit in FFS Medicare. The argument by United Healthcare and the amicus briefs note that this is comparing audited data which is actuarially different from the FFS claims analogue. The court found that this ‘apples to oranges’ comparison without an FFS adjuster that compensates for the actuarial differences was not legal.

“The upshot of this legal tangle is that, at least for now, the lack of an FFS adjuster in the RADV process will inhibit CMS from moving forward with the extrapolation plan,” Mowll said. “The MAOs can look forward to a reprieve on extrapolation until this is resolved.”

Nevertheless, Mowll said, CMS is moving ahead with a dramatic escalation in the annual number of contract level RADV audits. The annual number of audits was previously 30, but CMS indicated in an August notice that the number would go up to 180 and RISE has heard that CMS will likely increase that number in 2020.

Although the number of MAOs has continued to climb as new entrants join the market, the total number of contracts in force has not grown at the accelerated level that the RADV contract audits have, according to Mowll. Consequently, it is much more likely that a MAO will be named for an annual RADV contract audit now. By extension, it seems likely that nearly every plan will receive an audit within the next three to four years, Mowll said.

“The implications of this expanded ramp-up of RADV audits is that every MAO will need to sharpen the skills of its staff to adequately pull off the audit,” he said.

Furthermore, he said, the scale of audits has ramifications beyond just the internal health plan staff. It will require provider readiness as well. “It raises the question about the audit readiness of charts far and wide and the ability of providers to coordinate with the health plans on the time-crunched turnaround demands of the RADV audit cycle times,” he said.

In addition, it poses questions about the policy decisions at MAOs and their appetites for aggressive coding decisions versus compliance-safe guidelines that coders and sub-contractors must follow. “Perhaps as CMS intends, the stakes of the whole program have risen to the point where a lot of these matters need to be revisited in the halls of MAOs from coast to coast,” he said.