Older adults who live in disadvantaged neighborhoods become disabled two years earlier than those living in more affluent areas, according to researchers from Yale School of Medicine. 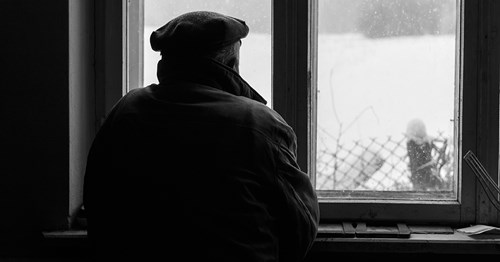 The study findings, published last week in JAMA Internal Medicine, highlight the impacts of environment as a social determinant of health (SDoH) and the influence it has on older adults’ disability status, as well as the role structural racism plays in their health outcomes, the researchers said.

The research team tracked 754 nondisabled adults aged 70 or older (from the start of the study) from 1998 to 2020. Participants were interviewed each month to assess their ability performing daily activities, including how well they could bathe, dress, walk, and move from a chair without assistance.

Over the years, Thomas M. Gill, M.D., principal investigator of the study and Humana Foundation professor of geriatric medicine at Yale, and his team have studied different factors that influence a person’s disability status, such as lack of mobility and injuries from falls. “But until now, we’ve not paid as much attention to the environment in which an older person is living, more broadly,” Gill said in a statement. “For example, how does living in a disadvantaged neighborhood affect the disabling process?”

To better understand the link between environment and disabilities, the researchers examined their data using the Area Deprivation Index, which measures socioeconomic factors including education, employment, housing, and poverty across Zip codes, to determine which neighborhoods were disadvantaged and those that were not.

“We’re hoping we can take our research to the next level and determine some of the mechanisms involved here, including structural racism,” Gill said. “Disadvantaged neighborhoods don’t happen by coincidence. There have been residential, long-term, structural inequalities and racism, including residential segregation.”