A new analysis released by the Better Medicare Alliance finds that Medicare Advantage (MA) beneficiaries report more savings each year than those in original Medicare.

The study was based on 2018 Medicare Current Beneficiary Survey (MCBS) data, the most recent year available, and represents an increase in consumer savings from years past. ATI Advisory’s report last year, which analyzed 2017 MCBS data, showed a $1,598 lower health spending in MA. Data from 2016 found a savings of $1,276. 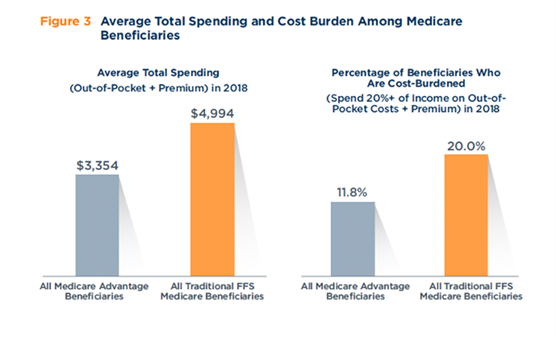 “Congress and the Biden administration have set a worthy goal of lowering consumer health care costs and securing the best value possible for the Medicare dollar. This analysis shows that Medicare Advantage continues to do exactly that,” Allyson Y. Schwartz, president and CEO of the Better Medicare Alliance, said in the study announcement.