6 trends that will impact the Medicare market in 2020

What does the future hold for the Medicare market in the upcoming year? We asked Tim Brousseau, vice president client services, Deft Research, a member of the RISE Medicare Market Advisory Board, and Rachel Silva, vice president, strategy and Innovation for DMW, for their thoughts on emerging trends that will impact health plans in 2020. 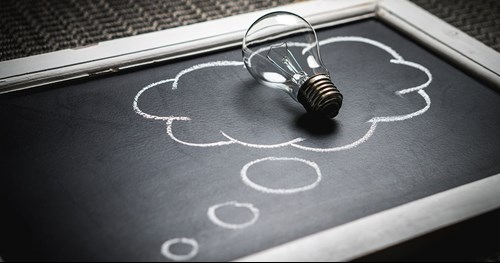 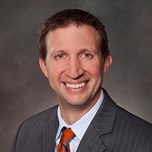 In addition, currently around 40 percent of baby boomers are delaying their enrollment into Medicare until after the end of their initial enrollment period. These consumers look and act differently than enrollees who enter Medicare on time.

“We have to be cognizant that even though a ton of boomers are aging in to Medicare, not everyone comes in to Medicare on time. What this tells us is we must identify these consumers, lead nurture them, and then we need to make sure we are positioning the correct messaging and products when they are ready to enroll,” he says.

CMS rules and regulations
The Centers for Medicare & Medicaid Services (CMS) has relaxed the meaningful difference regulations, a change which has had an impact on market, consumer, and carrier dynamics.

Carriers are now able to offer multiple Medicare Advantage (MA) plans that look similar to each other, but also have unique nuances. This change means insurers need to think about creating MA products that cater to seasoned seniors in Medicare as well as the boomers who are coming in to Medicare for the first time. Brousseau says insurers will need to think about which supplemental benefits are appropriate to embed into these plans. For example, a younger boomer probably will be more interested in different supplemental benefits than what an 80-year-old Medicare beneficiary may need.

Brousseau says this is an area that Deft Research will continue to explore during its 2020 Senior Market studies. “This is not a ‘one size fits all’ approach for consumers,” he says.

MA plan switching
There is no longer a guarantee that a Medicare beneficiary will stay in your plan even after enrollment during the Annual Election Period (AEP).

Brousseau notes that after a three-year decline, the MA switch rates spiked during the 2019 Medicare AEP. Even then some had buyer’s remorse. The Open Enrollment Period (OEP) returned for the first time in six years and consumers took advantage of it. Five percent switched to another Medicare Advantage plan or to Original Medicare during the 2019 OEP. Of those consumers who switched, 75 percent of them that switched in the OEP also switched during the AEP. Among the factors that influenced switch rates: cost, the addition of supplemental benefits and an increase in carriers offering PPO networks that offer greater flexibility.

The Medicare Advantage market is also heating up. More plans launch every year with increasingly competitive premiums and leveraging more of the supplemental benefits, such as transportation, OTC, meals, wearables, podiatry, acupuncture, that can now be included as part of a plan, says Silva. This means MA plans must select benefits that are the most meaningful in their area, or to the population they serve.

“In some cases, a thoughtful choice of supplemental benefits is what will differentiate their plan,” she says.

Consumers want a large network to choose from and they want the comfort that their provider accepts and understands how their MA plan works, according to Silva. The provider has the power to close any gaps on trust a prospect or member may have in a plan they consider or choose, she says.

As a result, she says “it’s critically important for insurers to begin their provider outreach early in the year. It’s a great advantage to have them on board and integrated with all marketing and communications efforts through affiliation letters, in-office collateral, and being knowledgeable when a patient asks if they accept your plan, or how it works.”

The Medicare Plan Finder tool
This year Medicare revamped the tool, a move that Brousseau says shows that CMS may want to take a greater role in being the active point of contact for consumers. This has implications for sales distribution channels and health insurance carriers.

“CMS is making the statement that they want to be marketers, they want to be a one-stop shop for consumers to research, compare and enroll in plans, and it could minimize the role of sales distribution and sometimes prohibit carriers from being able to show the true overall value proposition that they offer the consumer. The catch is that the tool only puts out so much information per plan, but if a consumer goes to the carrier web site, they’d be more exposed to what the carriers offer,” he says.

CMS has made good additions to the tool, but it is still limited, not providing much more than information on premiums and copay, according to Brousseau. “Does that bode well for the consumer? Does it provide enough information for them to make meaningful and accurate decisions about what plan to enroll in? It’s something to keep an eye on. The CMS tool may not exactly be where they want it to be, but it appears that CMS is moving in the direction of increased marketing and being more of a comprehensive one-stop shop.”

The political landscape
Expect politics to interfere in next year’s marketing for the AEP, which will take place during one of the biggest presidential and congressional elections of our lifetime. With all the political noise, Brousseau says seniors, who are one of the most powerful voting blocks, may wait until after the election to decide what they’ll do about benefits.

The political advertisements will also bump health care advertising next year, which could have a big impact for MA plans trying to get their message to consumers. A Kantar Media analysis of the 2016 election found that political advertising crowded out other advertisers on local television and the share of advertiser ad time dropped from 77 percent to 51 percent in the final three weeks of the last election, a time frame that overlaps with next year’s AEP, Silva notes. And the study projects that the 2019-2020 federal election cycle will generate $6 billion in political advertising.

Just think about the impact of the impeachment hearings, which were an unexpected disruption at the end of this year’s AEP, Silva says. Many television channels aired the hearings without commercial breaks, which interrupted carrier’s broadcast media plans at a critical time, she says. It's hard to clear the number of spots scheduled when commercial time is so limited.

This means MA plans must come up with a strategy to successfully bypass this disruption, Silva says. DMW recommends managing the DRTV buy. So rather than “set and forget” multi-week flights, like typical TV, DMW monitored it daily for ongoing optimization. “This daily hands-on contingency planning is more time consuming, but by carefully overbooking media and adjusting dayparts we largely maintained clearance levels which kept call volume at a solid level,” she says.

She also suggests that MA plans get a contingency plan in place now. DMW recommends a multi-prong approach: Define a clear strategy; start planning early and know you will have to adjust your original media plan; have extra tracking 800 numbers and URLs for contingency; keep a close eye on digital targeting parameters; and pay close attention to mail dates since political mail is treated like First Class Mail®.

Other keys to success will be to bring in leads early to nurture through the AEP and conducting local events to engage with prospects and members, Silva says.