The survey explored physicians’ perspectives on the COVID-19 pandemic and the future of the health care system. A key factor: social determinants of health (SDoH). 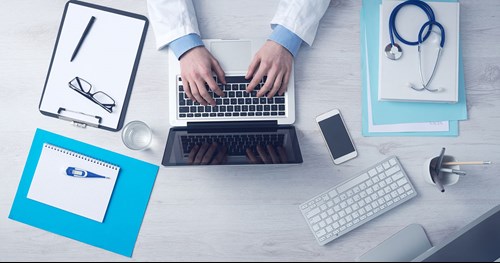 The COVID-19 pandemic has exacerbated longstanding SDoH, causing a disproportionate burden on vulnerable communities across the country. The direct impact of SDoH on patient health outcomes has caught the attention of many providers in the health care system, according to the third part of the 2020 Survey of America’s Physicians COVID-19 Impact Edition.

This year, The Physician’s Foundation biennial survey was split into three smaller surveys to reduce additional time constraints on physicians amid the pandemic and ensure data relevance. The first two parts of the survey, which were released in August and September respectively, revealed the impact of COVID-19 on physician practices and their patients as well as physician wellbeing amid the pandemic. Part three of the survey, which was released last month, indicates the direction physicians believe the health system is headed, with a special focus on SDoH.

Here are the key findings from part three of the survey related to SDoH:

To better equip physicians to address SDoH, The Physicians Foundation recommends including SDoH in quality measures and physician financial incentives in emerging payment models, such as ACOs, medical homes, and bundled payments.

“Despite these trends, the mechanisms physicians have at their disposal to improve patient conditions caused by SDoH are limited,” said survey authors. “Moreover, physicians who do take steps to address SDoH find this work generally goes uncompensated and is burdensome in the context of a health care system that is still designed primarily to treat (and pay for treating) acute illness. As a result, physicians bear the burden when ‘social risk’ is not accounted for in payment models or risk adjustment.”