For the latest installment of our semi-regular series that recommends articles, white papers, or issue briefs of importance to RISE members, we turn to a recent blog post by Deft Research’s Richard Hamer, Steve Runfeldt, and Adam Johnson about some of the conclusions from the firm’s survey to measure social determinants of health (SDoH) and intervening factors. These factors, known as “frames of reference” are defined as “internalized concepts and experiences that predict health behavior” and may depend on the person’s upbringing, circle of friends, education, and experiences with health care.

The Deft Research study includes 675 responses from persons with individual and family plans (IFP), Medicaid, or no health insurance (uninsured).  All respondents were between the ages of 19 and 64.  The average income of the sample was approximately $41,000 or 236 percent of the federal poverty level.

The analysis led to the development of five groups, categorized by how their responses to the domains were clustered together. The blog post focuses on one group of respondents known simply as “Group 1.”

Group 1 will be of special interest to RISE members because of their higher reported rates of using emergency rooms, ambulances, and inpatient hospitalizations.  The authors note that about one-in-seven individuals (14 percent) in this group has heart disease--more than twice the rate of the overall study sample.  Individuals also reported diagnoses of diabetes and depression at higher rates than others.

Previous research on SDoH suggests that low-income populations are typically responsible for high-cost health care utilization. But the Deft Research analysis finds that Group 1 is not particularly poor. Their average household income is $47,800, or 262 percent of the federal poverty level.  On average, Group 1 is eligible for some premium subsidy under the Affordable Care Act but are not eligible for cost sharing reductions.  They obtain insurance primarily from IFP plans (40 percent) or go without (40 percent). Medicaid is not an option for most. 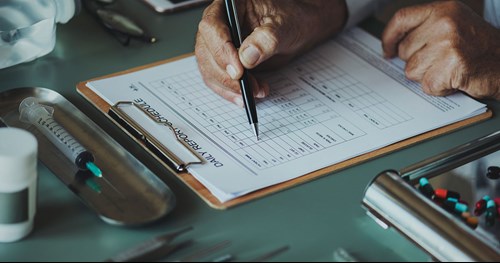 Furthermore, Group 1 is the most racially/ethnically mixed of the groups.  Roughly half are White, a third are African American, one-sixth are Hispanic, one-eleventh are Asian/Pacific Islander, and one in 50 is Native American. The average age of Group 1 respondents is 31.

The authors note that the group will present a challenge to those who would use social data to identify sub-populations for health interventions.  Most organizations wouldn’t target them because the group’s income is too high, yet they would be considered “adverse selection” by a health plan.

About two-thirds of the group used an emergency room last year, 40 percent used an ambulance, and half were admitted into a hospital overnight.

“The problem does not appear to be lack of access to primary care.  No doubt, it is true that some groups have greater hurdles when accessing care, but this study does not support that for Group 1–the number of their reported annual visits to a doctor’s office is close to average for the overall population. The problem is not co-morbidities; Group 1 has the same number of health problems as the average for the population, and fewer than other groups,” the authors note.

Having health insurance is a key to understanding emergency room use, according to the authors.  Within Group 1, those with no insurance were twice as likely as those with either IFP or Medicaid to use emergency rooms.  But, even the insured members in Group 1 have higher than average rates of utilization of these high-cost health care services.

“The question might be asked, ‘Why is this inefficient and probably low-quality health care a feature of Group 1 lives?  We can point to insurance and the costs of care, but there may be a better way to orient our thinking,” they write. “Asking, ‘How might we nudge Group 1 toward health services usage that is better for them and would cost less? could create a more productive direction.”