Medicare Trustees Report: Part A funds will deplete in 7 years

The Medicare Board of Trustees has been sounding the alarm about the future of the Hospital Insurance Trust Fund for years. Its latest report warns that the trust fund, which supports Medicare Part A, won’t be able to pay full benefits after 2026. It also projected that overall Medicare costs will continue to grow at a faster pace than the economy and put a strain on the federal budget unless lawmakers act now. Officials from the Trump administration have jumped on the findings, using the latest figures to push back against some Democratic lawmakers’ calls for a Medicare-for-All program.

The 2019 report determined that the Hospital Insurance Trust Fund is not adequately financed, and will be depleted by 2026, the same date they predicted in last year’s study. The trust fund finances Medicare Part A, which covers inpatient hospital services, hospice care, as well as skilled nursing facilities and home health care following hospital stays. Last year, the costs exceeded income by $1.6 billion. The trust fund hasn’t been financially solvent since 2003, according to the report.

The good news is the Supplementary Medical Insurance Trust Fund, which covers Medicare Part B and D, is adequately financed for the next 10 years because income from premiums and general revenue for Parts B and D are reset each year to cover expected costs and ensure a reserve for Part B contingency. Part B covers physician visits, outpatient hospital services, and some home health services for individuals who have voluntarily enrolled. Part D provides subsidized access to voluntary drug insurance.

However, the trustees estimate that total Medicare costs—including the Hospital Trust Fund and the Supplementary Medical Insurance Trust Fund—will grow from approximately 3.7 percent of GDP in 2018 to 5.9 percent of GDP by 2038, and then increase gradually thereafter to about 6.5 percent of GDP by 2093. They attribute the quicker rate of growth in Medicare spending as compared to growth in GDP to faster Medicare population growth and increases in the volume and intensity of healthcare services. 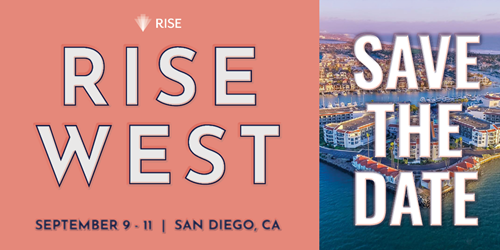 “The financial projections in this report indicate a need for substantial changes to address Medicare’s financial challenges,” the trustees concluded. “The sooner solutions are enacted, the more flexible and gradual they can be. The early introduction of reforms increases the time available for affected individuals and organizations—including health care providers, beneficiaries, and taxpayers—to adjust their expectations and behavior. The trustees recommend that Congress and the executive branch work closely together with a sense of urgency to address these challenges.”

Both Alex Azar, secretary for the Department of Health and Human Services, and Seema Verma, administrator of the Centers for Medicare & Medicaid Services, said the findings illustrate the dangers of a Medicare-for-All health plan. “Instead of trying to expand Medicare into a universal entitlement that even covers wealthy Americans of working age, as some have proposed, we need to fulfill Medicare’s promise to our seniors,” Azar said.

Verma said the report serves as a “dose of reality” for those who want the government to takeover the American health care system. “If we do not take the fiscal crisis in Medicare seriously, we will jeopardize access to health care for millions of seniors,” she said.

But Larry Levitt, senior vice president of the Kaiser Family Foundation, a non-profit organization focusing on national health issues, said in a tweet that the bills that address a Medicare-for-All program don’t use the current Medicare program. “The benefits are better and there is no premium or cost-sharing. The current Medicare hospital trust fund isn't relevant to these proposals,” he said.