Deft Research report: Social determinants drive ‘convenience use’ of emergency rooms – but not for the reasons you may think

A new blog post from Deft Research looks at the link between non-medical circumstances and the use of the emergency room for non-emergency and routine medical care. 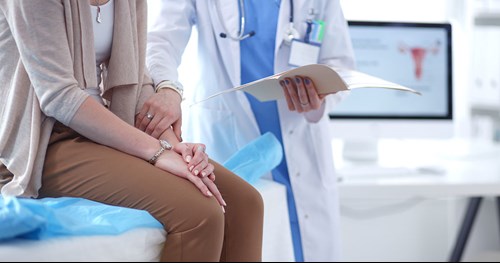 The research firm recently shared a new article as further analysis to better understand the level of "convenience ER use" when patients use the emergency room for non-emergency and routine medical care.  It follows a study from United Health Group, which estimated that about two-thirds of all 2018 ER claims under the insurer’s employer-sponsored coverage were avoidable and could have been treated at an urgent care setting or primary care office for less than 10 percent of the cost. “We wanted to create an estimate that accounted for legitimate false alarms, something the UHC analysis did not do, write Steve Runfeldt, senior researcher, and Richard Hamer, chief strategy officer, in a blog post. “Unless we expect the patient to be the diagnostician, it seems reasonable for some proportion of ER visits to turn out to be legitimate false alarms.”

They also emphasized that the term convenience was used to convey the easiest, most efficient, and least frustrating alternative.  No negative connotation was intended or implied, they said.

Deft surveyed 3,424 consumers aged 19-64 who were either uninsured or covered by Medicaid or individual-family plans (under the Affordable Care Act).

In order to differentiate whether patients used the ER for a legitimate concern or convenience, the survey asked two questions:

Using responses to these questions, analysts determined that respondents who visited the ER just once in the absence of severe injury or illness, may have had a “false alarm” (legitimate emergency concerns but a non-emergency outcome). But the “convenience ER users” were routinely using the ER for non-emergency purposes.

Convenience ER users only represented 9 percent of the study’s sample, but it’s estimated they account for 45 percent of ER visits.

Scarcity of items play a large role in convenience ER use

Instead, the results confirmed that scarcity of items such as food, clothing, and utilities are the most distinguishing social factors associated with convenience ER users, who were much more likely to report that they or their families had been unable to get at least one needed item at some point in the last year.

The analysis emphasized that a lack of social support when needed can lead to non-emergency use of the ER, regardless of household income.

Providing childcare, transportation, and safe shelter for victims of abuse could help reduce the amount of convenience ER users and lower the excess health care costs that come from the non-emergency use of emergency rooms, Runfeldt and Hamer write.